The Scottish Press And The SFA Are Still In Denial About Anti-Catholic Hate. 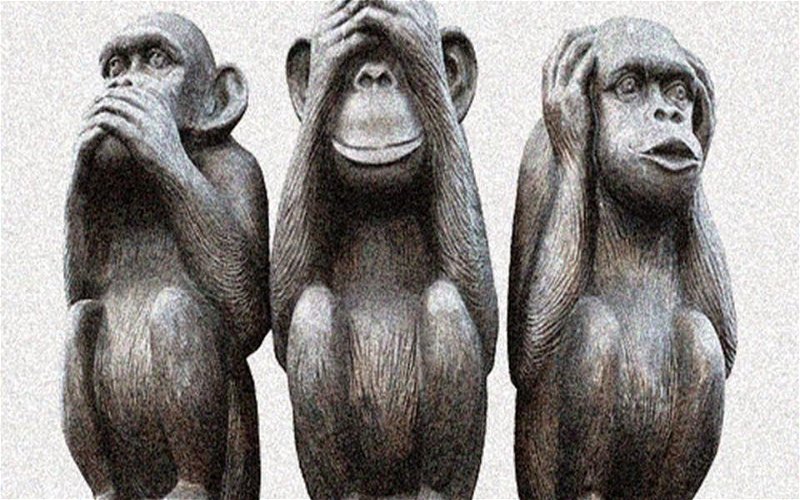 Late last week, Rod Petrie finally emerged from the bunker where the SFA hides its leaders and went on the offensive, defending the SFA from allegations that they have done nothing about the tide of anti-Catholic and anti-Irish hatred in Scottish football.

The media ran his statement in its usual uncritical way. Especially The Scotsman.

What sparked Petrie’s foray outside of the Hampden bubble was, not surprisingly, Neil Lennon.

Our manager said before the Ibrox game that it was “embarrassing” that it had taken UEFA to act on this when the governing bodies here have ignored it for years.

The manager was, as ever, speaking for us all on this subject.

The SFA has “nothing to be ashamed of” in their handling of the issue, Petrie said. UEFA is responsible for its competitions and they’ve acted … it doesn’t mean that Scottish football’s governors are asleep on the job because they didn’t.

The truth, as we all know, is a little bit different.

The SFA’s failure to get a grip on this issue before now is scandalous and damning.

Indeed, it was recently revealed that they delivered a statement to UEFA on the song The Billy Boys where they said they didn’t believe that the way the word fenian was used in that little ditty was sectarian in nature. Only the most backward people could refuse to see that.

“I think the events that took place, and obviously the punishment that’s been imposed by the organisation running the competition, has had an impact,” Petrie said.

An impact on what though?

The Ibrox club has told its fans not to sing the songs, because they will get the club into trouble.

Nowhere in sight is there any recognition that anti-Irish, anti-Catholic songs are just plain and simply wrong.

And what constitutes an improvement?

No singing at one European game and one league match at Ibrox?

The European game was played without the usual Ibrox choir in attendance.

When it comes to the way the league match is viewed, The Scotsman’s article contains a particularly sick joke.

Read this wonderfully imaginative line. “It was noticeable that following the punishment there was no evidence of such chanting in last week’s derby clash with Celtic.”

The Celtic match was marred by “paedo” chants and a banner blatantly knocked off from Loyalist murals and which depicted a dead Celtic supporter.

Only in Scotland could that be regarded as an improvement.

It is shameful that we still tolerate this sort of thing, and continue making excuses for it when any other association would confront it.

Some would undoubtedly point to the club’s refusal to support Strict Liability; as I’m sick and tired of pointing out, it’s a red herring.

The SFA has ample regulations in place already for tackling this stuff, if they cared to.

The Get Out Of Jail Free card they often cite is that the clubs can escape sanction if they can demonstrate that they’ve tried to solve the problem.

Let’s be honest, if a board at Ibrox wanted to solve this it would be easy enough to do.

It would also be expensive and they’d play a lot of games in front of empty stands.

And that’s the bottom line here; this is about money, and nothing more.

This craven surrender to the bigots is because that club in particular wants their money. Far from trying to keep this stuff away from their ground, they’ve actively fuelled division with their Britishness days and their embrace of militarism and styling themselves as “the club of the troops.”

It is so cynical, but whereas other clubs would try to find ways of being more inclusive theirs has instead retreated back towards the core element, the Union Jack brigade and, lately, the black clad nutters of the Union Bears.

If the club wanted to tackle sectarianism in its ground it could have made proper example of that lot and banned them completely. They slapped them on the wrist and invited them for tea and biscuits instead. A wee “rehabilitation” session.

It must have been a quick one, because in spite of another partial stand closure they’ll be in their own spot for the next European game.

That’s not even paying lip-service to the idea of tackling bigotry.

It’s sneering at the rest of us whilst people inside the club laugh along with the racists, in full sympathy with their ideology and agenda.

How do we know that? As Phil pointed out, that banner at the weekend was too big to have been brought in the turnstiles on the day … someone at Ibrox stuck that hateful thing in a cupboard for them and made sure that it was on display.

The SFA has not commented on it at all.

Petrie, who professes to be unashamed by the inaction of the governing body he now heads, hasn’t uttered a word of condemnation about any of the incidents involving that club in the past few weeks, although the disgusting behaviour of their supporters brings shame and disgrace on the whole country.

At least The Scotsman’s article does acknowledge what the problem here is, and that’s a step in the right direction if nothing else is.

“Petrie concedes that UEFA’s actions can be a positive driver in ridding the Scottish game of a strain of anti-Irish Catholic expression that finds voice among the Rangers support,” Andrew Smith wrote, and whilst I think that’s optimistic it’s good at least to see the words written down, and this thing dragged fully out of the darkness.

But I have no faith that the media will keep it out where we can see it.

I have no faith that they will expose it to the sunlight that will finally destroy it.

They would rather sweep it back into the shadows than have to actually do something about it, and whilst Petrie talks about tackling sectarianism being a “priority” it’s easy to talk. Others have done it before him and we’re no closer to getting this matter resolved. Talk is cheap in Scottish football.

What people want to see is action.

And yet none of us are holding our breath for it.