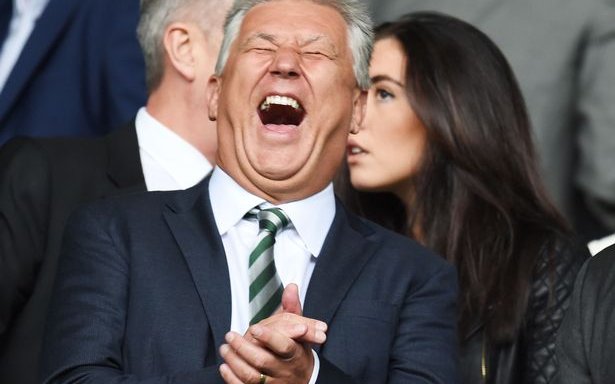 Wow. And I thought I was done with this subject, but the Scottish media never ceases to amaze you.

Yesterday, when I posted my article on the most ridiculous Ibrox feel-good pieces since we went there and skelped them, I had no idea that the best was yet to come.

And yet, today, here it is.

Take a bow, Craig Fowler of the Scotsman.

You’ve gone where even your colleague Joel Sked would have been embarrassed to go, and the best of it is that I just know this piece of clickbait trash is going to get picked up by the rest of the media in short order.

This is the title, and I kid you not; “Edinburgh extra tells Fast and Furious 9 star the best thing about Scotland is ‘Rangers’.”

And the article is just as stinking, as reeking, as shoddy and weak as that headline suggests.

Believe me, it’s got no redeeming merits whatsoever.

“Fast and Furious 9 star Tyrese Gibson has uploaded a video on to his Instagram page where he’s told told the single best thing about Scotland is Glasgow football giants Rangers.”

And if you’re wondering why the word “told” is repeated there, my friends, that’s exactly as it appears in the article and so I left in there.

There isn’t even the slightest pretence here of journalistic standards, but considering the subject matter that shouldn’t be a shock.

“Taking time away from the set, Tyrese quickly interviews five men dressed in kilts – which appear to be extras for the movie – to give his online following a better idea of Scottish traditions.”

Am I reading that correctly? The kilts appear to be extras?

He says to camera: “We are in Scotland on the set of Fast 9 right now I’ve been learning so much about the history of Scotland. I’ve grabbed five of my loved ones from the set, and give me a one-word answer what makes Scotland so great.”

He says to camera? Isn’t there supposed to be a “the” in there?

“Whisky”, “safety” and “freedom” are the first three answers before the fourth man responds with “Rangers”. A fifth then says “countryside”.”

What kind of person says that the best thing about Scotland is safety?

Where the Hell is he finding these people?

You know who else is puzzled? Gibson himself.

A confused Tyrese then says: “I only understood maybe two of the five, y’all, but it’s cool, all love, nice to meet y’all.

Yeah most of us know what “whiskey and countryside” are.

Americans used to know what freedom was as well, so I can maybe see why that one threw him.

This is quite simply the worst of all the articles I’ve highlighted over the last eight or nine days.

It is worse than The Sun’s epically awful YouTube article and whilst there’s nothing in it as peculiar and disturbing as Kyle Lafferty’s shower-room seduction of Ryan Kent with comparisons to Eden Hazard it is every bit as bizarre.

There are good people in Scottish journalism, real people with real intelligence and insight and talent.

People like Fowler are keeping them out of jobs.

No wonder our media has gone to the dogs.