Was Lennon’s Real Stroke Of Genius His Summertime Sit Down With Olivier Ntcham? 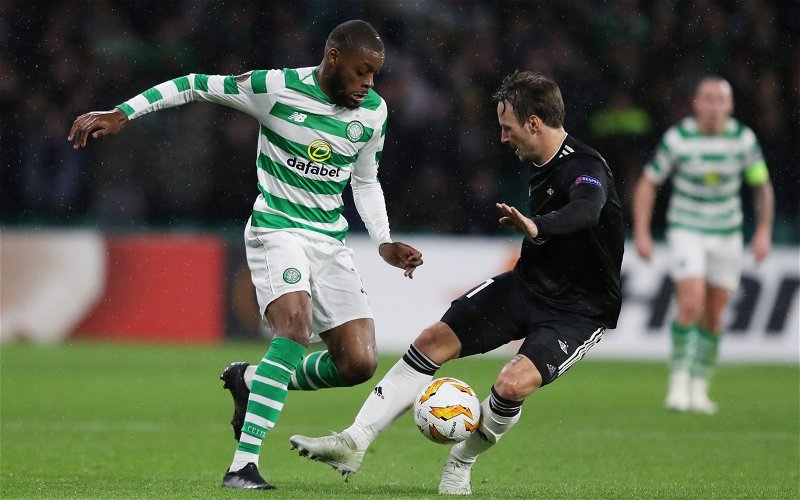 In the last window, we made big signings. We are trying to secure our best footballers on long term deals.

We are running over teams.

The manager has changed the style and the approach and we’re reaping the benefits of it.

Amidst it all, I’m moved to wonder if the true masterstroke from this summer wasn’t the manager sitting down with Olivier Ntcham and sorting out the issues between the player and the club.

Lennon and Celtic could have taken a hard line on this, and shipped him out in the window for a reduced fee just to have him off the premises … we chose a different path.

It’s fairly obvious that one of the things that was pointed out to Ollie was that if he wants a move to the kind of club he thinks he can play for that he has to be a success here at Parkhead. Anything less and he’s going to end up at some mediocre side which won’t allow him the full expression of his obvious talents.

The best path for him was to knuckle down and play at his peak … and if the move comes then it does.

But on this form, you would want to hang onto him.

It would have helped that Lennon brought another Frenchman to Celtic Park too, something to make him feel more at home here. That makes a difference.

Lennon was angry with the player not that long ago, and he made that known.

He spoke for the whole club when he said that Ntcham had let everyone down, and he made it clear that many in the dressing room thought the same.

More importantly, he sent out a warning to Ntcham and others that Celtic should not be seen as anyone’s stepping stone.

Lennon spoke the words I wanted to hear Rodgers speak but, which in hindsight, it was clear he was never going to; Celtic is a big club too, and deserving of respect.

We all knew there was a player in Olivier Ntcham.

It’s been obvious since his debut.

He is a capable and driven footballer who can go right to the top of the game.

But his performances recently have been as good as any we’ve seen from him since he signed.

And that’s a credit not only to Ntcham himself but to Lennon, who handled this matter right, who did not shut him out, who welcomed him back into the fold and who didn’t just give him a verbal pasting and tell him to work harder but offered him encouragement and support too … that is man management at its best.

We can see the results.

Ntcham is, once again, a huge asset to the club.