With Its Karaoke Story The Record Is Forming Its Own Wee Steven Gerrard Cult. 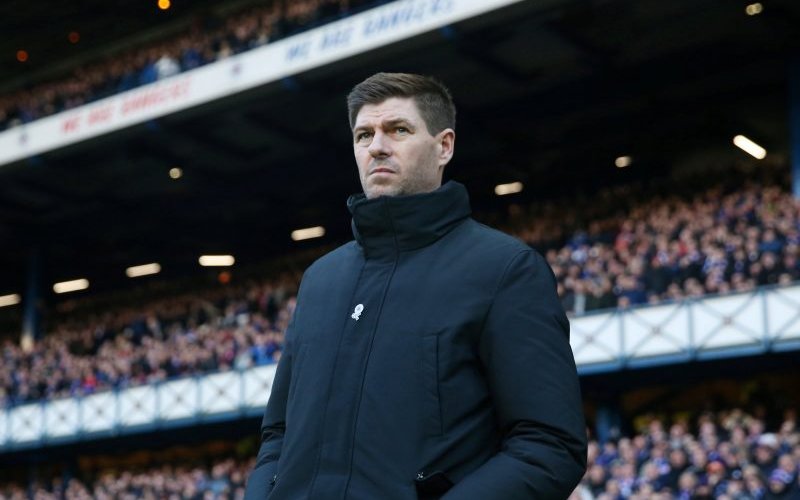 The Daily Record took another step towards becoming nothing more than Steven Gerrard fanzine this weekend with an article – if we can use that word – featuring a video of Steven Gerrard at a karaoke in Portugal. Jesus wept.

Someone must be, I’m sure, but it’s hard to imagine who.

Shouldn’t he be in Scotland, working with his coaches and studing up on tactics or something?

He ought to be.

I’ve believed for a while that this thing a lot of the Ibrox fan base has about Gerrard has taken on the form of a messianic cult; it seems that The Daily Record is happy to promote this.

It’s strange behaviour this, and it ties into what I was saying in another article over the weekend, about how the press is trying to create a mythos for this guy to make up for the fact that he’s just not a very good manager.

I actually fail to see what the endgame is; none of this hero worship is going to help them win football matches, which is what he’s paid to do.

Gerrard is still living off his reputation as a once great footballer.

Sooner or later that bloom fades on the rose, and all your left with is another guy who can’t make it in the rarefied atmosphere of the dugout.

The Record bangs on about this a lot; how he’s a “legend in the game.”

Roy Keane was a legend in the game too … look at the flaming wreckage of his managerial aspirations.

No Celtic fan I know would have him near the place.

We’re not going to be suckered by a famous name.

There’s another article about him in The Record today … this one is about how he needs to improve.

Sensible, you’d think, except the guy who wrote it is the same guy – Scott McDermott – who penned that ludicrous Edouard vs Morelos piece I talked about.

The article persists in the fantasy that Gerrard picked the wrong tactics and that’s why they lost last week.

They were beaten by a better team; why is this is so hard to comprehend?

“As well as trailing their rivals already, Gerrard now has serious work to do with his players,” the piece said.

Which is why, presumably, he’s in a pub singing Snow Patrol songs.

“A fortnight ago, those players were convinced they were on a par with, or better than, Celtic. Now? Those lingering doubts will have crept back in after a pretty basic, but highly effective, game plan from Lennon proved too difficult for them to deal with,” McDermott writes.

A fortnight ago the media was just as convinced … and they were dead wrong, as any sane person not looking at the world through blue tinted specs could have told them.

Amazing that it so easily outfoxed the genius then, isn’t it?

The article gets even more ridiculous as it goes on.

“In Gerrard, they have a proper figurehead at the helm, who conducts himself in a manner befitting of the club’s great bosses.”

It ends with this beauty of an assertion.

“If ever a club has to look at the bigger picture, given their recent history, it’s (them). In the current climate, Gerrard might be the best manager they’ll ever get.”

Wow. On that at least I think we can agree … sack this guy and its into the contacts book for Jimmy Nicholl’s number I think.

The way he’s treated Jordan Jones this past week – slamming him for a poor performance and a red card at Ibrox when he was by no means the worst performer, and dropping the European squad – it screams of pettiness and vindictiveness and it doesn’t make a good impression on the rest of his team.

He’s not grasped yet that these are men, with pride, not idiot children.

Jones will remember. Others will too.

The Record can dress this guy up as much as it wants, but he won’t become a good manager because they suck up to him and he won’t mend fences with his own dressing room by continuing to be at the centre of his own wee private universe.

His is an ego run amuck.