As Frimpong Starts, It Begs The Questions: Is A New Star Is Born At Celtic Park? 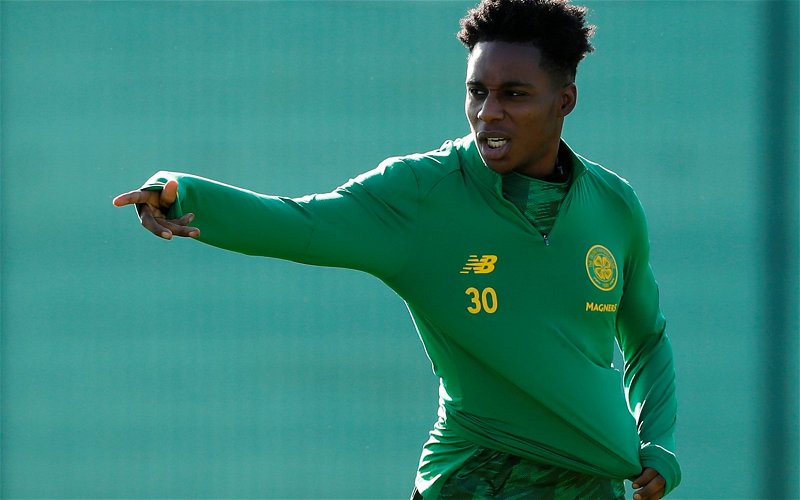 Neil has made an interesting team selection decision today, by putting Frimpong into the starting line-up.

Is this because of limited selection opportunities?

Abd Elhamed and Bauer are both fit and on the bench; this is the manager giving a chance to a player he rates.

Jeremie Frimpong arrived in the window, and he was one of the players we thought would have to wait a while before he became a regular. This is not so, by the looks of it. He’s already started one game, and this one represents his league debut.

I am encouraged by this. It means we’ve got another cracking young player on our hands, and the word is that O’Connor, the Irish kid who was at Manchester United, is rated even more highly, although it’s a more difficult position to throw an untested player into.

But I have no doubt that we’ll see him before the season ends.

Today sees the return to the team of Tom Rogic too, as we predicted on this blog last night. This is our squad strength starting to shine through. On top of that, we’ve finally got Shved back on the bench, and hopefully that means his injury issues are behind him.

Everyone knows he’s rated as a top, top footballer.

He’s done it at a higher level than the SPL. Like some players, he needs perhaps a little time to settle into the team. Neither Wanyama, Ajer, Christie or Edouard were regulars when first signed … this is another reason I am immensely frustrated by the ridiculous talk that we write off Bayo.

We’ve not seen enough of the big striker, or the Ukrainian winger, to know what we’ve got with either of them.

Is giving them a little time too much to ask?

Too many people are willing to write off our players after a handful of games.

If these impatient people had been able to voice their opinions when Larsson had signed they’d have hounded him out of the team after his first two games.

It is just daft, honestly.

These guys will come good; I have no doubt of it.

It’s funny how the media never puts the same pressure on signings across the city.

We certainly don’t need our own supporters playing that game.