Celtic Does The Job, Silencing The Critics And Proving We Should Have Been At The Top Table. 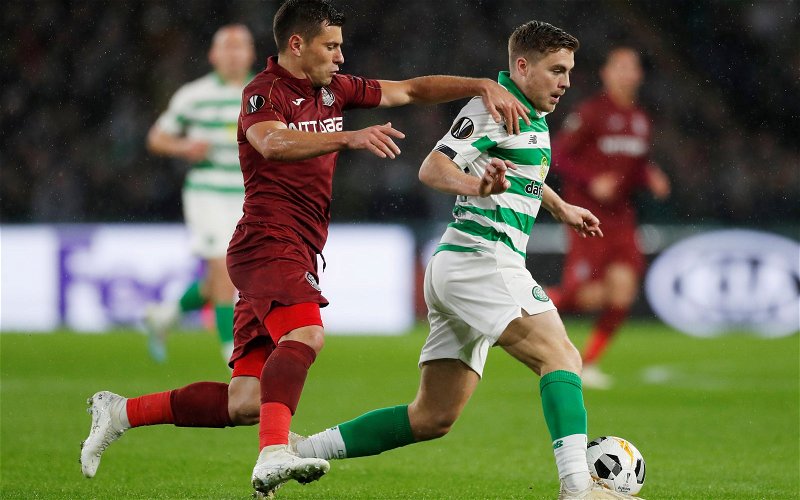 Celtic proved tonight what many of us already knew; we belonged in the Champions League this season.

The performance in Romania was good enough that we should have gone through against Cluj.

Only the manager’s dire tactical choices at Celtic Park turned what should have been a routine procession towards the next round into something more.

By God has the manager learned from that.

And how his players have grown into their roles to become a very potent team.

We never looked troubled tonight, even when they had a good spell at the start of the second half.

Their “goal” was rightly disallowed, and before I go on I’m going to tackle one of the media’s criticisms of the performance tonight.

They said our defence went to sleep for that moment.

Our defence did not go to sleep; it was their forward who was asleep. The moment the goalkeeper made the first save our defence all took a step forward and rendered at least two of their players offside. Beyond that there was nothing else they had to do. It was disciplined, not sloppy.

It’s all there, you know.

The whole answer as to why we went out.

The manager deserves immense credit too, of course.

All you can ask of a boss is that he learns from the mistakes he does make and Lennon has.

The shape of this team is now clear. The squad building plans now make total sense. He has spent money, and he’s spent it well and what makes it more than a little impressive is that the guys who were so excellent tonight were nowhere near the famed leaked list that Lennon was initially working on.

Somebody can spot a player better than whomever drew up that list.

But Lennon has got the best of these guys too. He has inspired them to excellent performances in big games.

As I’ll discuss tomorrow, he’s made at least one tactical decision that would have had me screaming blue murder at the start of the season had I understood what he was going to do before I saw it unfolding and understood the sense in it.

More than anything, he’s brought a confidence and stability to the club which was lacking this time last year. The whole club was still under a big cloud from the Athens defeat and we all realised that there were big problems behind the scenes.

There was a feeling of drift then, of the club being unmoored and listless.

This is a united, happy and confident group. We’re in the best shape we’ve been in for a long, long while.

Not one of the faults that existed seven weeks ago was on display; this is the game that one should have been, the one I never doubted for a moment that we had in us. I actually thought we were the better team the last time this side rolled into Celtic Park … we were undone by daft decision making and what I reckon were early season nerves.

There are no nerves now. We’re top of the group, with Lazio at home next.

A win in that one and we’re on the brink of qualification.

This machine is now rolling … and the scary thing for all of our rivals is that we’re only just getting up to speed.

It’s going to be something to see.