Ex-Celtic Target Is Still Clinging Onto The Dream, But It’s Definitely Over For Him. 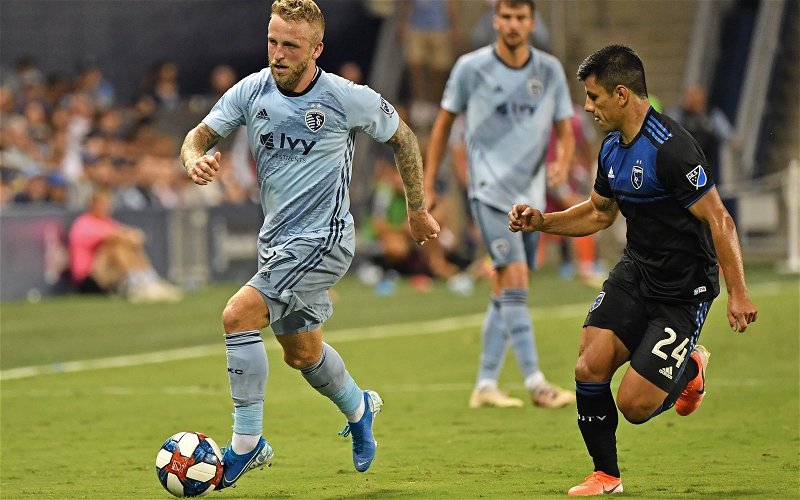 It was interesting to see Johnny Russell in the papers this morning talking about how he would have loved to have played for Celtic and still would. He’s 29 now. It looks like the dream is over, but there was a time when it was very much on and he looked like a comer.

We don’t sign players at that age much anymore, in stark contrast to the club across the city which is getting plaudits today for offering new deals to Defoe (37), Davis (34) and McGregor (37).

If you want to know how much imagination their scouting team has, then look no further. These guys are going to be the mainstay of the team next season … but bravo to Gerrard for “building a team”, right? Honestly, the media is a joke at times.

But back when he was not long out of his teens, I’d have taken Johnny Russell in a second and it looked as if we were going to go for it. Every window saw him linked with us. The kid himself was putting in great performances, and often in big games.

And of course, he’s Scottish, born and raised up here, a Celtic fan his whole life. We’ve always had a good core of Scottish talent at the club, and his ability to play across the front, either as a striker or out wide, would have made him a key player.

So why did it never happen? Well as he left United to go to Derby for what is a fairly nominal sum – a mere £750,000 – I have to conclude that people inside Celtic Park just didn’t fancy it as much as there was speculation that he was someone we were tracking.

It turned out that we went for other options … and they were failures.

It was the season we signed Amido Balde and Pukki, for more than £4 million. You can gauge how well that worked out not even by the stats but by the fact Stokes was our top scorer that campaign and we went out and signed Leigh Griffiths in the January window.

So would Russell have been a better bet than the two players we paid a lot of money for? You better believe he would. In hindsight the decision to go for those two instead of spending less than £1 million on this guy seems like utter folly.

This is what I wrote about last night when I said that signing players is a little like gold mining; in this case we missed out on a real nugget, in soil we knew well, whilst we chased glory and took a punt on unproven ground. What a waste of resources that was.

Russell’s passion for our club is commendable, and I always like to hear that kind of talk.

But I do think the idea of him ever pulling the Celtic shirt for competitive football is unrealistic if we’re being generous.

I do wish him well though, and always have.