Gascoigne May Have Been Found Not Guilty, But No-One Should Dare Argue That He Is Innocent 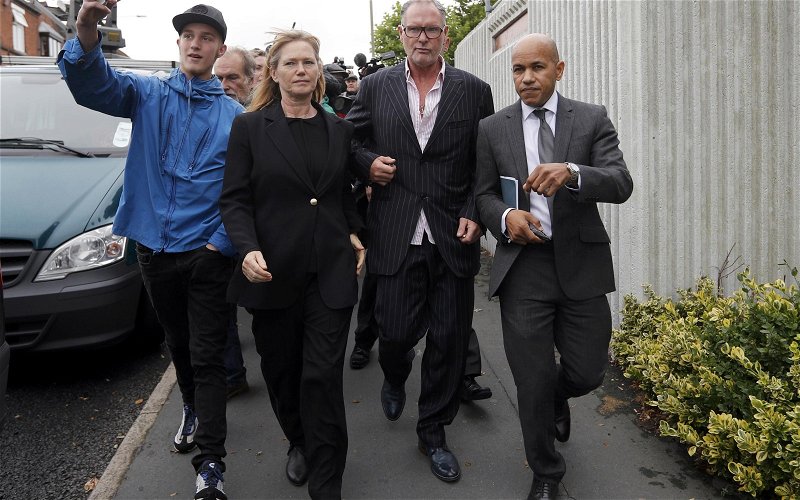 I’m getting a lot of nonsense in my inbox tonight, as you might expect, about Gascoigne getting found not guilty at his trial for sexually assaulting a young woman on a train.

Let me tell you all what I’m telling those who want to needle me about this; if they, and their club, want to stand by their man that’s their lookout.

It’s a matter of time before the next scandal.

So let his fan club celebrate his result tonight, let them have their little moment.

Anyone who thinks it’s a victory that he avoided being convicted, when he admitted the offence, is kidding themselves on.

The cult of celebrity is all that saved him here.

The likes of you or me, we wouldn’t stand a chance when faced with such a charge.

Gascoigne is a menace both to himself and to other people.

His behaviour will never change, and especially now that a jury has saw fit to deem his grabbing a random stranger as something other than assault.

He will disgrace himself again, and by definition all those around him.

That’s the reality, and the verdict today doesn’t change the historical fact of any of that.

As a footballer he was fantastic, but even his career was a series of wasted opportunities and it was caught short by a hedonistic lifestyle and a lack of professionalism which shames him and makes him the very last person anyone should be respecting as a role model.

Don’t let anybody kid you on here when they crow about this verdict that they’d have changed their minds if he’d been found guilty either, because none of them would have.

Gerrard called him an inspiration even as he was awaiting trial.

His fan club remained devout and there’s no reason to believe it would have been anything else even if he’d got jailed today.

Gascoigne is a disgraced human being.

His being acquitted in this case does nothing to rehabilitate him.

He may have been found not guilty, but I don’t want to hear any of this bullshit about him being innocent.

He’s never been that and never will be.