Gerrard Has Admitted Sevco Is Skint, And The Media’s Trying To Put A Good Face On It. 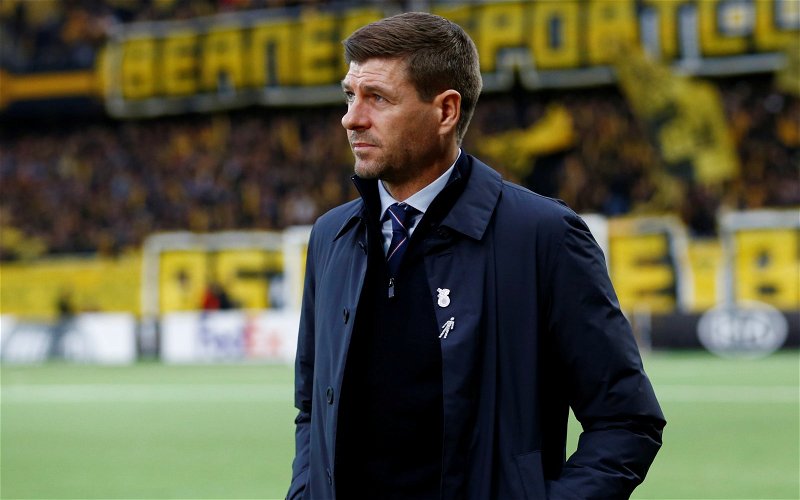 Late last week, some in the media were writing stories about how the real battle between Celtic and Sevco – “the one that could decide the title” – might happen off the field, in January. We were being told that it might hinge on whether Ross Wilson made better signings that our own Nick Hammond.

As I said in an earlier piece, the whole idea was ridiculous.

Hammond will have resources. Far more than any Wilson was ever likely to have. And what do you know? Gerrard himself has blown up the narrative by admitting exactly that. The objective in January at Ibrox is to “downsize” the squad.

This is the first tacit admission from inside that club that they over-reached. In short, it’s the first time someone from Ibrox has come close to admitting that they are skint.

Everything this site and others have been saying has been confirmed by no less an authority that Sevco’s own manager.

When you consider that it’s now pretty much an established fact that they kicked Allan out of the club for failing to find teams for their dreck this was always going to be Wilson’s Ibrox remit. Whether he knew that or not when he signed the contract … well who knows?

But he can’t say that he wasn’t warned. Because anyone who looked could see it.

“(Gerrard) admits he’s happy with his squad,” is the wonderful spin that The Daily Record has tried to put on this hammer-blow news. “Steven Gerrard says it will be impossible to find better players than he already has in January,” the article reads.

And if you’re laughing reading that you are most certainly not the only one.

I mean, if your budget is fourteen crates of ginger bottles, yes, I’d agree …

I know this; if a Celtic manager uttered those words the media would be howling.

I mean, Jesus Christ, we have better players who can’t even get on the bench than what’s in the Ibrox first team.

This is the media at its running worst, running obvious garbage that it should be calling out as exactly that.

Why don’t they just say he can’t afford to sign anyone?

Gerrard has also admitted that there might not be any takers for the rubbish he wants rid of.

“The decision’s up to them,” he said. “I wouldn’t force anyone out the door. But the squad is two or three heavy right now.”

He “wouldn’t force anyone out the door?”

Really? Is that because he’s such an altruist, or is it because it’s illegal to terminate somebody’s contract just because you no longer want to pay them a wage? Everyone knows they would have booted Grezda, quite readily, last month for allegedly spitting, but the PFA and the lawyers told them not to dare.

What a fiasco that club is, and what a joke our media is for not writing the truth about them.

After spending weeks telling us how strong the Sevco squad is we’re suddenly being told that it’s way too big?

Gerrard now has too many options?

He says he has a twenty-six-man squad. The Record says he wants it trimmed. By how much? He wants it down to eighteen.

Which isn’t trimming as much as it’s axing.

People overuse the word “decimate.” It literally means to get rid of one in ten.

You could call that “trimming with extreme prejudice.”

This is much more than that.

Gerrard wants to get rid of one out of every three of his players, and many of them will be footballers he signed only a year ago.

So not exactly chipping away around the edges, eah?

This is more like taking a flamethrower to the squad.

I’ll say it again, if this was Celtic we’d be getting pilloried.

Nothing in the garden at Ibrox is ever quite as rosy as it seems.

It’s certainly never as rosy as the media wants to paint it.

This is the reality this website spends much of its time trying to expose, and as long as the media writes this nonsense we’re going to attack it.