Lennon Must Bench Callum McGregor Or Watch Our Team Collapse Around Him. 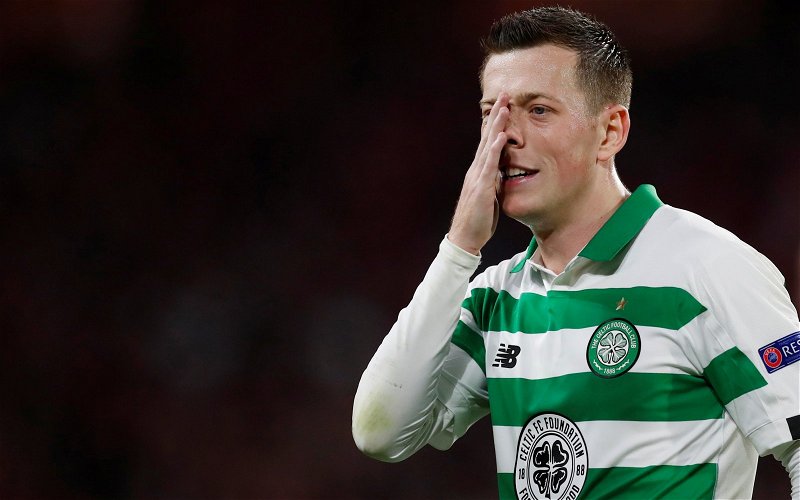 Last week, Neil Lennon said that he would love to give Callum McGregor an extended break, but that the player is too valuable to the team to leave out. To many of us, that’s all the more reason to drop him for a while. We’re really going to need this player as this season goes on, and if he’s not given a proper rest now we’ll get less from him later on.

He will play both games for Scotland in the next fortnight and then he’s right back into an insane end to October, a tough November and an endless December.

Scottish football runs its players into the ground, but this exactly what we have a strong squad for.

We should be able to cope, but only if we rotate properly.

I think Lenny has this one very wrong. Callum has played more games than any player in Europe over the last couple of years. It is extraordinary that this boy hasn’t had proper downtime. We can’t keep doing this to him, or to other players in the squad.

Many of them need a break from constant football.

But Callum more than any other.

Eventually it will become obvious that he is breaking down … and if he’s still in the team at that point every game where we select him will be like playing with a man down.

And the longer he plays without a real break the longer the break will need to be.

The central midfield is actually one of the areas of our team where we definitely do need to sign at least one more player. That may sound ridiculous, but the problem is that we’re top heavy on attacking players and very light on the defensive ones.

And here’s the problem with what Lennon is saying, in a nutshell. We don’t have cover for Scott Brown if we’re playing the Rodgers type system … but it’s even worse because although it looks like the Rogers type system there are some key differences.

Callum has, for the last few years, been a box-to-box midfielder, getting forward when he can and tracking back when necessary. Now his role is to patrol alongside Brown. He gets forward less often. He defends the backline instead.

Now this works for the most part, because it frees up the attacking players to roam about more. It has limited his goal-scoring potency though. You noticed this best when we went down to ten men yesterday. With Christie off, Lennon allowed McGregor more latitude to get forward, not that it worked. McGregor has not been playing badly lately … just differently.

This is why Lennon won’t drop him, or at least why he doesn’t think he can. Only McGregor and Brown can play that role, at least until we know what the Hell is going on with Kouassi Eboue. Does anyone even know where that guy is, or what his injury status is, now?

Bitton is a classic ball player rather than a ball winner, although his recent stint in defence does suggest he can play a holding role. We could use Ajer there but that means sacrificing him as a defender when Simunovic’s injury makes that complicated.

All of this is to say that I understand why Lennon doesn’t believe he can drop McGregor. Nevertheless, there are midfield options who can fit into the team … it just means adapting the style somewhat and it’s this which Lennon appears reluctant to do.

But in the end he either puts McGregor on the bench awhile or he risks the general health of the player and that’s what we cannot afford. Callum will get his new deal shortly, and we should follow it up by giving him a spell out of the team.

For his good, and for ours.