Levein Is Not Our Favourite Person, But Even He Isn’t Putting Up With The Media’s Sevco-Love In. 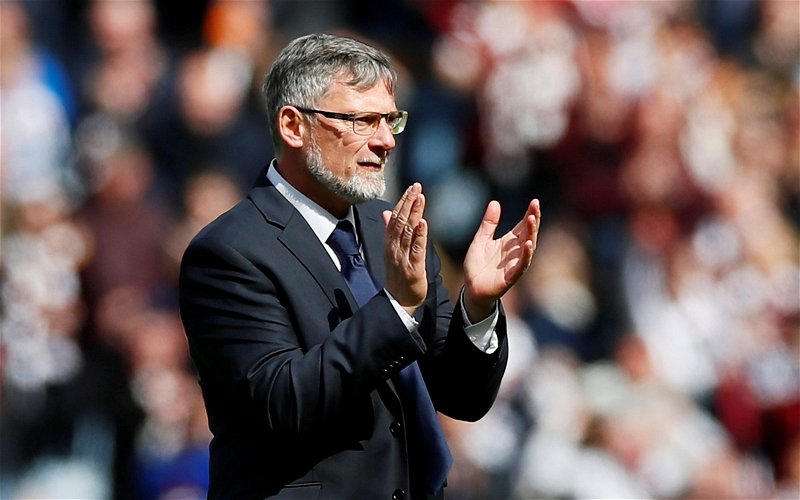 Craig Levein got a little snappy in front of the local press in Edinburgh.

The first question they asked him was whether or not his club’s best youth prospect was going to sign for Sevco.

He must have been expecting it.

His retort was a little too well rehearsed, but nevertheless, he hit the mark and then some.

“Who do we play at the weekend?” he asked. “We’re going to put an offer in for Morelos tomorrow.”

Indeed. He knows exactly what the speculation over Hickey is all about. Ross Wilson has been in the door five minutes; I’d be amazed if he even knew who Hickey was yet, far less preparing a January move for him.

The tactic is obvious, and Sevco has played the card before.

I really don’t have much faith in Levein or his team at the weekend; they’ve been dreadful for the whole of the campaign so far, but he’s been on the end of Sevco’s nonsense before and has little tolerance for it. He also knows how the media works and has even less tolerance for that.

The club is trying to secure Hickey on a long-term deal, and he knows this makes that harder.

The media’s constant complicity in these little Ibrox games is wearying, and if the fans feel that way you can only imagine how angry managers and chairmen feel.

It is about time clubs started slapping back at this stuff much harder than they do.

Levein is not an easy man to like, but he’s like the proverbial broken clock; he’s right at least some of the time.

His quip about Morelos is especially good since his offer would be the only one they’ve had.

Maybe he should actually make it and test their resolve!