Our Rivals And Other Clubs Should Fear Us Now, And Ryan Christie In Particular. 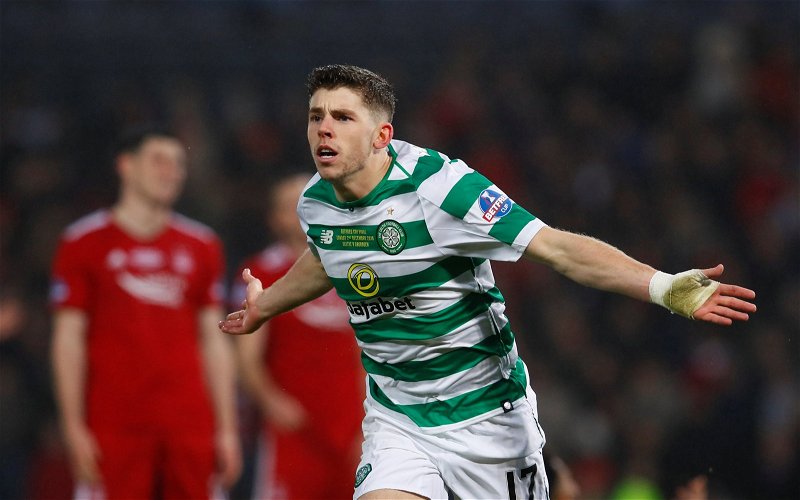 All told, one of the shining lights from the game last night was Ryan Christie.

The boy is an early candidate for player of the year. The last week would have been the longest of his life, but it ended on a positive note. The next few days in the run up to Saturday will drag for him, but the weekend will arrive and I expect him to grab it by the throat.

I think all the players will. They will be hurting from Livingston, and angry at the avalanche of garbage in the days since, all the big talk out of Ibrox and the writing off of our team in much of the press. You’d think leagues really were won in October.

Our players will be smarting to make things right.

So will the manager.

In hindsight, it may have been good for all the players to get away for a week, even those on international duty.

It has removed a lot of the immediate pressure on them, and given a lot of people a chance to reflect.

We might see the team play in a slightly different style for the next few games, just so we don’t become predictable.

It goes without saying that three points is a must.

The Ibrox mob has been given a lift; that’s all they should get from us.

They have more away games than home games coming up, as we have more home than away. We’ll see who’s still top come the end of November, as we move into the crucial last month of the year. We’ll see how long all this optimism over there lasts.

The thing with this lot is that they reckon the whole world thinks the way they do. Just because they freak out at every bad display, just because their confidence is so fragile that it evaporates after defeat, they think we feel and act the same way … we don’t.

We’ve had years of being the top club in the country, and we all assume that this will continue. But this isn’t an assumption based on a fundamental miscalculation about our place in the game or the resources available to us; it’s based on cast iron fact and logic.

We’ve got the best players, the best manager, the stronger squad, more money for January if we need it … we’re not going to roll over and give up this title. Our players will, if necessary, fight to the last minute of the last game. It won’t come to that though.

Big talk and giant egos are all there are over there.

There’s a lot more to our team, and an angry Celtic, disappointed in itself, thirsting to get back to the top of the table and with the all the critics having a field day … that’s a Celtic team that the others should fear. That’s a Celtic team wanting vengeance.

And for Ryan Christie in particular, the need to get right back on the horse, scoring goals, making assists, winning points … I’d say Ross County are in for a torrid time.