Some In The Press Might Lament The Failed Career Of Islam Feruz, But Celtic Fans Won’t. 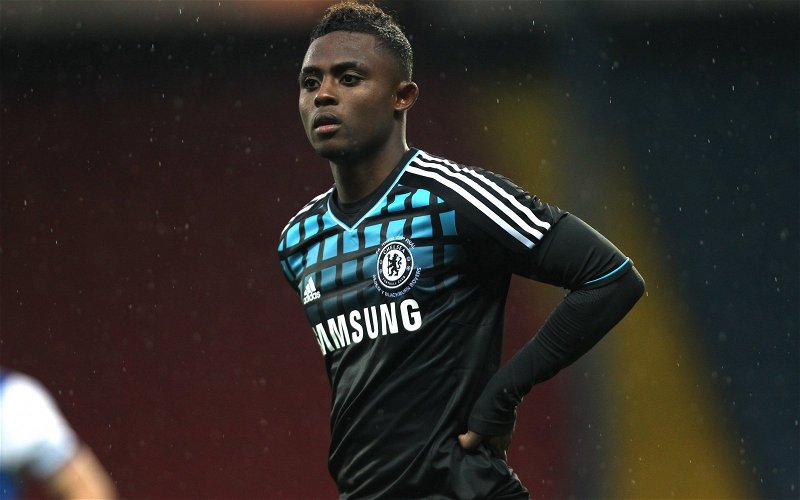 Amidst all the stories from last week’s news, there was one I knew I would have to follow up on; it was written in The Scotsman, by Alan Pattullo.

He penned it after making a stop at Toryglen in midweek, on the way to Hampden, and seeing an odd sight; Islam Feruz turning out for an amateur team.

Pattullo describes the moment thus; “Clearly unfit, he featured as a second half substitute. His side lost 4-0.”

The article covers a lot of ground that this site already has on the saga of our former player; specifically, how a football career comes down to more than just talent.

It requires the right mentality too.

The attitude of the player was summed up by what a member of the Scotland coaching staff told Pattullo about Feruz’s last appearance at any level for the national team.

It was against England Under 21’s in August 2013. Scotland lost 6-0 and he was subbed off after 60 odd minutes having done the sum total of nil.

“After the game he was more interested in getting home to London than anything else,” the coach told the reporter. “It has not surprised me the way his career has gone.”

At this point in the piece I will admit that I was sniggering to myself and wondering “what career?”

Because it has been the textbook story of a crash and burn.

Having loudly told the world that he didn’t leave Celtic Park for the money, he never made a senior appearance at Chelsea. At 24, he has not played competitively since 2017, when he was briefly on loan at Swindon. The road from Celtic Park to there took him to places he never expected.

He has never scored a goal at senior level.

Not for any of those clubs.

Indeed, he didn’t even stay at Aktobe long enough to unpack his bags. He decided it wasn’t for him and left the club training camp after one day. Even with career hanging by a thread, he couldn’t summon the professionalism to give it more than a disinterested shrug.

A lot of people have spent a lot of time making excuses for Feruz.

Now his football career is in ruins. I don’t know where this guy will end up, or what kind of life he will have, but it’s fair to say that it won’t be as a top class professional player. I can only hope that his “advisors” were better at providing him with financial guidance than with a career plan.

He made money. Although how much of it he has left is a matter of speculation. If all else fails he can punt his £80,000 Porsche, an obscenity when you consider that he was at Stamford Bridge for eight years without getting a sniff of a first team game.

It speaks volumes for his mentality that he went out and bought that expensive hunk of bling at a time before he’d actually accomplished anything in the game. No wonder those who saw him in the latter stages of his time at Celtic Park were appalled by what he was becoming.

By that time most people inside our club realised he was off.

When you consider the people inside and outside Parkhead who had done so much for him, and for his family, the idea that there will be, or should be, much sympathy for him is ridiculous. He treated many inside our club with contempt, but time has proven that this was his default attitude towards everyone.

I know that some, like Pattullo, think it is always sad to see great talent squandered, but I don’t feel particularly sad when I think of an unfit Feruz, two years since his last senior game, running out onto a Toryglen training pitch when our national team, so reduced that a Scottish Championship striker played upfront on a meaningless night, was struggling a few hundred yards away; instead I feel furious at his arrogance and ego and greed and that he let those things overcome and blight a phenomenal gift which could have taken him, Celtic and Scotland far.

Celtic fans will not lament as Pattullo does.

We were the first people Feruz discarded along the way to his own ruination, his own wasted life.

It would have been easy to forgive and forget if he had been a guy who arrived with a reputation, a mercenary who gave us a couple of good years and then sodded off for a big fee.

It isn’t even because we produced him.

Most fans forgive Tierney for leaving, understanding in part why he did and being grateful for the windfall we got in return.

Of course, on top of that, Kieran gave us great service first.

He didn’t screw us over, he just moved on.

It’s the way Feruz behaved that did it.

The underhanded manner of it.

It was the disrespect he showed for everyone at the club who had worked hard to polish a gem into something that was sought after south of the border, enough so that Chelsea threw money at him before he had even produced on the pitch at the professional level. Everything he had, he owed to Celtic and I can write this and mean it because I know some of the inside story, from people who want to bat for him and those he loved.

Most fans will never fully understand what Celtic did for him, and it wasn’t just a case of a club protecting an asset. We went above and beyond for that kid. He was the recipient of the Young Scot award a year before turning his back on this country for London cash.

He gave us nothing. He didn’t even sign his first professional contract with Celtic, which would have given us a chance to recoup a transfer fee. He never made a single appearance for the first team in a competitive match. He left behind no legacy at all, except bitterness and anger.

This wasn’t a top talent deciding he wanted to chase glory elsewhere.

This was a Billy Big Time who thought talent was all there was, who never listened to advice except the bad kind, who saw only what he could get in the moment.

He pissed off out the door the second someone dangled a Gold Card.

I wonder how long he’ll hang onto it now that he’s no longer on a London club’s salary.