The Support Gascoigne Gets Is An Insult To Every Female, But Especially Those Who Follow Football. 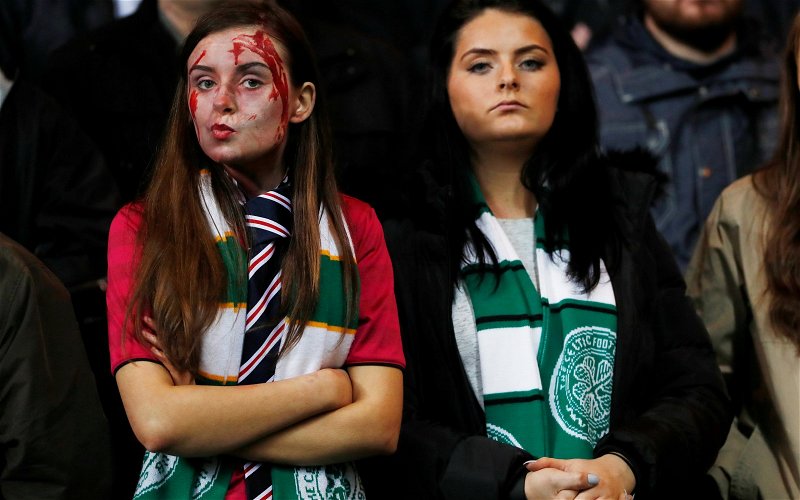 This has nothing to do with our club, thankfully, but I was astonished to read yesterday that Paul Gascoigne had been cleared of sexual assault, when he blatantly invaded the space of a woman and forced himself on her.

His argument for doing this was ludicrous and grossly insulting to the woman and women in general.

I can only imagine how she feels, having been subjected to this revolting ordeal by an arrogant drunk man, but to then hear the pitiful excuse that he did it to make her feel better about herself just beggars belief.

It will be a long long time before she feels better about herself after being subjected firstly to this act itself, and then the subsequent himiliation of listening to the pathetic excuse for it, to save the skin of a pitiful excuse for a human being who, as we all know, has form for this sort of behaviour.

For a jury to find in his favour … how does the poor women even start to process that?

My Mother uses the phrase ‘handsome is as handsome does’.

Throughout my life I have had to write off favourite actors, musicians and other ‘famous’ people that I had once admired because they don’t have the same functioning moral compass that I do, but where Gascoigne is concerned it goes much further than that.

He continues to enjoy a respect in the sporting community that should have been stripped from him long ago, the first time he laid a hand on a woman in anger.

And yet he is revered in the football community, and his behaviour is excused time and time again, or it is ignored completely.

I read of his recent welcome at Ibrox by Steven Gerrard, and this is not a dig at him because it’s them, but what sort of message does it send out to the female support of that or any other club that a known wife beater is welcomed into the club with open arms?

I would hope that our club would never taint itself in such a way.

He has been appointed a special ambassador for Euro 2020, at a time when the profile of women’s football is really in ascendency.

Thankfully the SFA’s decision to ‘honour’ him in the Hampden Hall of Fame was reversed and, although I am thankful for that, did they really expect no backlash to an announcement like that?

I have sympathy for people with addiction, but only up to the point when they refuse to take ownership of it and how it impacts on others.

Paul Gascoigne’s behaviour on and off the football field has been at times disgraceful, and he seems to believe that he is immune to the repercussions of his actions because idiots and sychophants around him tell him what he wants to hear and his ego remains unchecked after everything he has done.

We can’t separate sporting achievement from violence against women and other crimes people commit.

Paul Gascoigne is the sum of all of his parts and he should be put out to pasture and not idolised and enabled just because he was a half decent footballer for a few years.

Handsome is as handsome does.