This Garbage About Interest In Young Dembele Shows How A Media Lie Evolves In Scotland. 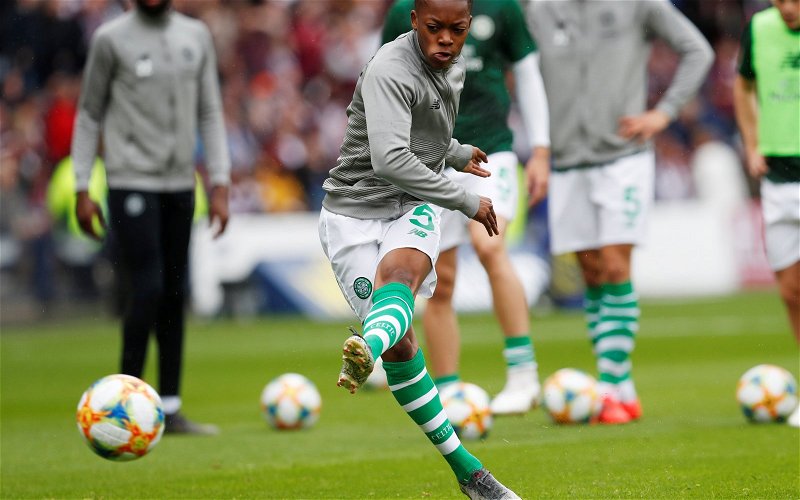 Yesterday I covered Mark Hendry’s story in The Evening Times about how Karamoko Dembele is allegedly “wanted” by a host of European clubs.

That story had all the substance of a silent fart.

It came from a clickbait blog, doing obvious fishing.

Hendry was clearly in the midst of a slow news day when he was reduced to so blatantly pilfering a piece which contained not one verifiable fact and passing it off as actual news. I slammed that lazy and contemptible attitude in the article. Hendry made no effort to give that piece more weight either, he simply ran it as it was, attributing it to “sources.”

And today that nonsensical tale has leaped into the rest of the press.

I have often thought of the spread of such stupid stories as if they were an outbreak of a virus.

You have Patient Zero, which is the origin story, wherever it first appears.

And it spreads from there into another paper, which is picked up by another and then another … until suddenly its mainstream, it’s no longer just a rumour because it’s everywhere.

Nobody has the time, or the inclination, to chase this garbage down.

But you only need to look at the articles themselves to see what’s there … and today’s is instructive.

It’s clear the Evening Times story is the source of the one that appears in The Sun; they are nearly identical, and there is no new fact in The Sun’s story which would make this anything other than a piece of nonsense.

I am convinced that The Sun used The Evening Times as their primary source, not particularly caring what the source of the Times story was … but which I revealed last night to be a blog fishing for hits. The story leapt from there to the Times and from the Times to the Sun with barely an alteration.

And from The Sun, of course, it has leaped again, first to The Express, and then to The Scotsman and their resident clickbait artist and village idiot, Joel Sked.

Both of those papers cite The Sun as their primary source, without wondering where they got it.

Here’s the funny thing about Sked’s “piece”; he embellish’s and throws Dortmund into the mix for good measure whilst the other papers only report what the initial nonsense said which was that the interest was from PSG, Juventus and Arsenal.

I mean, if you’re going to run this kind of crap why not?

If nobody cares that the original piece had nothing to it, why would anyone care what you throw on the top?

This is how journalism gets a bad name.

Remember, a lie is like a virus … there’s a slightly different version every time it leaps to a new host.

What Sked has done here is shameful, but by no means unique.

A factual story, grounded in verifiable points, likewise can evolve along the way … the difference is, like a virus a nonsense story gets weaker whilst a factual story gets more robust as new evidence to support it emerges. There is no evidence at all in this one.

This story will make further leaps and evolutions along the way today; based on The Sun story the Arsenal fan sites have picked up on it, which puts it into a whole new evolutionary circle.

By the time this one burns out it’ll have wings.

And there’s not one word of truth to it at all … this is how Scottish football “journalism” works.

No wonder we view it with utter contempt.