What’s The Best Celtic Song? Our Team Name Their Own Personal Favourites. 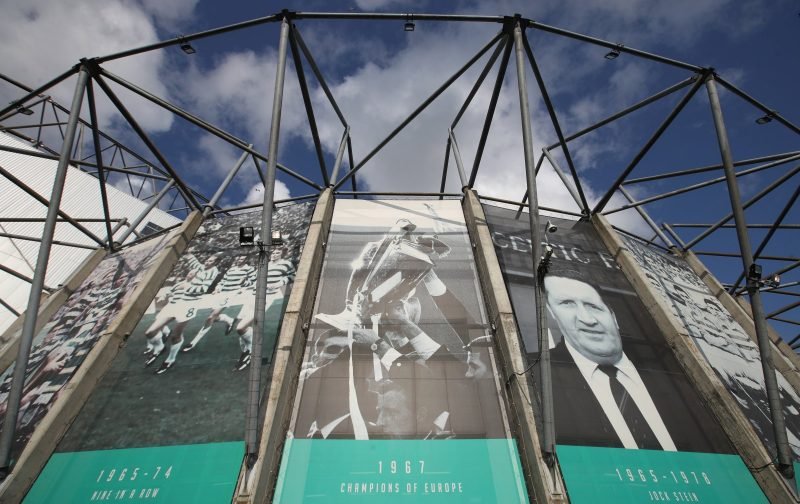 Over the weekend, I got to thinking about all the great Celtic songs I’ve heard down through the years, and there have been many, many, many of them.

I have great memories of hearing things at games that make you go “Wow!”

Down through the years, I heard a lot of weird and wonderful stuff at matches.

Sitting in a stand at Perth once I was astonished to hear Celtic fans singing the hymn Bind Us Together; they were brilliant at it too, and it was, after all, a Sunday kick-off!

There are songs I wish I’d heard at Celtic Park.

Because we’re often accused of being a “Catholic club” by those who don’t know better, and because Irish Republicanism is seen by many of the pig ignorant as being sectarian in nature one of my favourite rebel tunes has always been The Wolfetones brilliant Protestant Men.

It is a magnificent song highlighting the non-sectarian nature of the Irish Wars of Independence.

The band named themselves after one of the greatest Irish rebels of them all, who founded the United Irishmen and who was, of course, a Protestant.

Too many of our critics never bothered to learn the history.

I’ve always wanted to hear our fans sing the magnificent Green Fields of France; although not a Celtic song or an Irish song I’ve heard it sung in various Irish bars down through the years and when it starts a hush descends over the place.

What a wonderful retort to all this poppy fascism that song would be; a beautiful, touching anti-war song which still honours the dead who fought in the last century’s first terrible conflagration, and which understands how it led to the second.

That song was famously covered by Joss Stone, as the “official Poppy Appeal single” … and he scandalously dropped the last two verses, which give the song its power and absolutely alters, if not erases, the song’s anti-war message.

Which kind of says it all to me, and encapsulates what this poppy nonsense is really about.

That was one of two songs I used to hear my dad and my uncles sing at New Year parties; the other was an obscure piece written in 1979 by Pete St John, and immortalised in the version by Paddy Reilly, whose voice has rung around Celtic Park for years now.

Back then, it was the only time and place I heard that song sung.

In my early twenties I was on a trade union trip to Germany and I got on a table in a bar full of delegates from across Europe and sung a lusty rendition of it. Everyone agreed it was a beautiful song and I found myself giving a mini-lecture on the history of the Irish struggle … it was quite a night.

A year later I was at a game – and I can’t even recall which one it was, which makes me sad because it was, aside from that. a memorable moment in every way – and a group of guys behind me started singing it. My old man and I looked at each other in pleasure, but a little bewildered.

I had always thought it a beautiful song, but one that I’d assumed most people had never bothered to learn.

Yet all around me people picked up the tune.

Within 12 months it was bloody everywhere.

Every pub singer had his own version.

There were – God help us – dance versions and rock versions and before I knew it, one of the simpler and less well known Irish ballads was suddenly a global phenomenon, heard all over the place, the victim of a million imitators, although none, not even St John’s himself, ever beat the Paddy Reilly version for me.

Inevitably, Pete St John himself came to Celtic Park as a guest of Paddy Bonner and did the Fields of Athenrye live for the fans.

It has been a club anthem ever since, and it remains one of the finest songs I’ve ever heard.

It was a natural choice for me.

I knew that I couldn’t do an article about this without speaking to a bunch of other folks though, so I got a group of my friends, and my family, together and I asked for their views on the subject. The answers I got back were occasionally surprising … there are a few interesting choices in here.

But all of the responses are a testimony to how much the respondents love our club and the way they’ve reflected that in the songs they’ve chosen to highlight.

If I get enough responses, I’ll do a follow up to this piece, but for now let me hand you over to the rest of the team and their favourite Celtic songs.