A Selection Of Inspirational Celtic Quotes 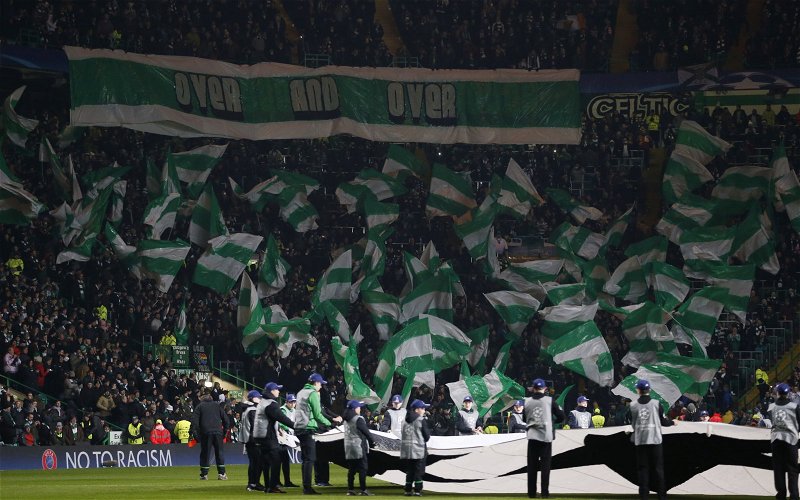 Celtic is an inspirational club.

Founded to help the poor and undernourished in the East End of Glasgow, the entire ethos has been based on charity and generosity. It is not surprising that the club has had a number of inspirational figures attached to it, or that it has been at the centre of some memorable quotes and comments down through the years.

I am going to look, here, at some of those inspirational quotes and comments and the circumstances in which they were made.

Celtic’s story is an amazing one, and these are some of the most amazing things that those who are part of Celtic have said.

Jock Stein, the greatest manager in the club’s history, and one of the greatest of all time, said some of the most inspiring things about the institution.

Before he even enjoyed his greatest triumph he was looking ahead to it, beseeching his team to go beyond the accomplishments of even their heroes at the club.

“We don’t want to live with history, to be compared with legends from the past. We must make new legends.”

In Lisbon, following their iconic victory over Inter Milan, he offered fulsome praise of the team in language that will never be forgotten.

“There is not a prouder man on God’s Earth than me at this moment. Winning was important, but it was the way that we have won that has filled me with satisfaction. We did it by playing football. Pure, beautiful, inventive football.”

It is no wonder that Jock himself was the subject of one of the finest tributes ever given by one manager to another; when Bill Shankly walked into the Lisbon dressing room following the game there, extended his hand and said;

Stein was an articulate and intelligent manager, and he often treated the press to wonderful remarks like that. He once said this about the famous Celtic shirt.

“Celtic jerseys are not for second best. They don’t shrink to fit inferior players”

One of his most flowery tributes was to the fans.

“Without fans who pay at the turnstile, football is nothing. Sometimes we are inclined to forget that. The only chance of bringing them into stadiums is if they are entertained by what happens on the football field.”

The fans have been given tributes from all across Europe. One of the most amazing came from the Spanish newspaper El Mundo Deportivo, in 2004, when they praised;

“The unconditional support of the best fans on the continent.”

They are not the only Spanish newspaper to have complemented the club; Marca were just as full of praise for the club back in 1967 when the De Stefano testimonial match ended with Celtic having defeated Real Madrid by a single goal … the match was touted as the “unofficial” European club decider, between the 1966 winners and the class of 1967 … with Stein’s players coming off as the winners. The Spanish press loved Celtic’s flair and style.

“Celtic have reinvented football. It was a beautiful night of football. We thank Celtic and are grateful to Real Madrid for being worthy of the occasion. The Scots played stronger and better and deserved their victory. May the football which Celtic play stay among us. Amen.”

When the club lost in Seville, in the UEFA Cup Final in 2003, around 80,000 supporters had flooded the Spanish city. For days – before and after the game – they partied and celebrated the joy of just being there. For their display of noise and colour and their friendliness, UEFA and FIFA gave them awards. Mike Lee, a UEFA spokesman said this.

“We felt it right that when FIFA came to us for nominations for the world award we should nominate them (the Celtic fans). The whole of that week they were just magnificent, even after their side were defeated.”

“Celtic fans, you are great, you are marvellous.”

An Italian journalist wrote, after Celtic had visited Turin in February 2013, that;

“The fantastic Celtic fans gave a real lesson in civility in sport. The chants and insults which blight too many games in Serie A are light years away from the spectacle of education and sportsmanship that the people in the Celtic away end offered… That horizontal striped white and green jersey is the uniform of a club worthy of the applause of the world.”

Those connected with the club have always paid flowery tribute to it. The author David Bennie said this about being a Celtic fan;

“Being a Celtic supporter is the only role that gives me any sense of communal identity, that gives me a feeling of being part of something bigger and more important than myself, that links me in any kind of deep emotional bond with other human beings. What are the alternatives? To be Scottish, or a Socialist, or an existentialist, or a nihilistic misanthrope, or an alienated atheist? Being a logical positivist is a source of some comfort, but only intellectually. In the final analysis being a Celtic supporter means that I am not and never will be totally alone, or beyond the understanding of similar beings.”

“Celtic is a tale of adventure, success, failure, exasperation and hope that will never cease to unfold.”

The comedian Billy Connolly said this:

“It’s the manifestation of 90 minutes, don’t let go. They never know when they are beaten. That’s why I love this club.”

Tommy Burns, the former player and manager, who represents everything great about Celtic down through the history said many amazing things about the club;

“You don’t play for Celtic, you live for Celtic.”

Perhaps his most famous quote is this;

“What these players have to realise, is that when you put on the Celtic jersey you’re not playing for a football team, you’re playing for a community and a cause.”

The Celtic blogger James Forrest, and our site editor, wrote this:

“I have ever been grateful to this club not just because of what it is but also because of what it is not. It is not backward facing. There was never a time when it defined itself by narrow, sectarian policies. This club has always taken pride in being thought of as the plucky outsider … I realised early, from those who had followed the club before me, that I would have been welcomed in this Family no matter what I was; Protestant, Catholic, Jew, Muslim or agnostic.”

Lubomir Moravcik, who was one of the finest players ever to ply his trade in Scotland, came to Celtic late, but the memories will be with him forever.

“My favourite time, my most special time, was at Celtic….They said I was a ‘gift from God’ but it was the opposite – Celtic was a gift from God to me…Celtic is unique.”

“Celtic are not an easy club to be neutral or wishy-washy about. They inspire strong emotions and passionate commitment.”

“Their club was founded in 1887 and played its first game in 1888 to raise funds for the relief of the poor Irish who had gathered in the East End of Glasgow. When they arrived in the city they initially faced resentment, discrimination and squalor. Every time Celtic won a game their suffering was eased a little. In Scotland, those days are long departed. In Palestine, though, another oppressed people is suffering. Perhaps now because of a simple act of solidarity and generosity, they will know that they don’t suffer alone.”

There are just a selection of the best quotes about this magical club … there are undoubtedly a lot more.

Tom Wilson is one of the CelticBlog’s site admins and technical staff. He is a frequent contributor to the blog.