As The Vultures Start To Hover, It’s Time Celtic Got Bitton To Sign His New Contract. 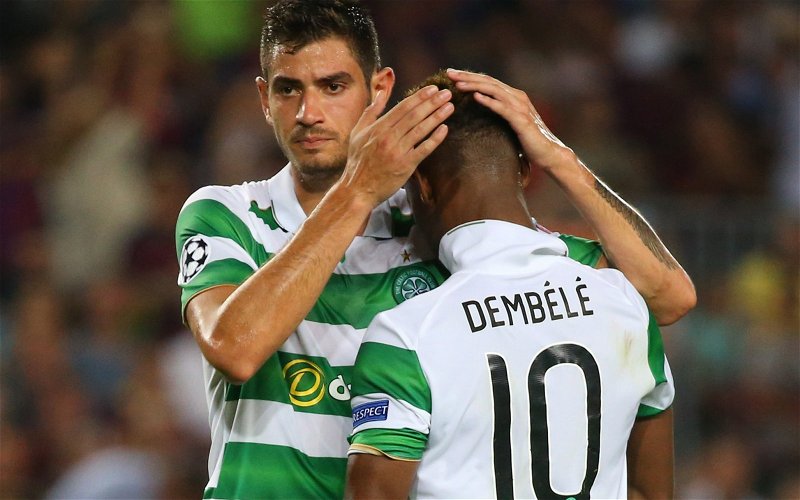 If Nir Bitton walks away from Celtic Park for £1 million it will be a travesty.

Even if it made sense – any sense, and it doesn’t – from a footballing perspective, it would be a ridiculous business decision in every way.

This is an eight figure asset.

Yet time is pressing on us here. Bitton is in his final year. January will be decision time, and to most people it seems the choice is pretty clear. If the big man is happy to stay then the contract should be put in front of him right now, and his signature affixed to it.

This one has sneaked up on us a wee bit, I think.

Until this morning, a lot of our fans would have been blissfully unaware of the very real risk that Bitton could walk away for free, or that we might be forced to sell him on the cheap. His injury issues and, let’s be frank, some doubts which some still hold about his importance to the squad, had made this less pressing than when we were facing the same situation with Boyata last year.

But Nir has proven his importance, and his quality.

Lennon rates him highly and thinks he’s a vital cog in the wheel. His versatility gives us options in both midfield and defence, and we’re going to need them with the news that Hatem Abd Elhamed will be out for a few weeks. Bitton is now our only fit option for first team central defensive cover.

I have been banging this drum for a few months now, as regular readers will know.

I’m a big fan of Bitton’s and want him to stay for an extended period.

I assume that talks have been progressing behind the scenes; the club and the player’s agent are said to have met several times already and with Forrest and McGregor already having signed up and Ajer and – hopefully – Edouard also on the agenda, it looks as if we’re tying down the bulk of the squad.

Bitton deserves to be on that list. It would be folly to let this guy go for a nominal fee if he’s willing to stay.

It would take two players to replace him, and none would be cheap.

This club didn’t get its solid reputation for fiscal prudence by doing unnecessary stuff like that.