Celtic Needs Its 12th Man, It Cannot Afford To Lose That Advantage Over A Few Flares. Celtic are known the world over for having a fantastic support.

We are praised for our passion, our respectful behaviour and our ability to effectively operate as Celtic’s twelfth man.

Recently, we have been making a name for ourselves for different reasons.

Controversial banner displays and pyrotechnics are the order of the day it seems.

UEFA have taken a relatively harsh stance on these things this season. It’s no secret, and it’s not specific to Celtic (tinfoil hats away please).

They have backed their words with actions, issuing fines and partial stadium closures on numerous occasions.

Celtic too, have issued warning after warning, plea after plea, to stop any and all behaviours that leave the club open to criticism and punishment.

Yet there has been no change in the behaviours displayed by some in the Celtic support.

Are Celtic Right To Close A Section Of The Ground For The Coming Game Against Rennes? 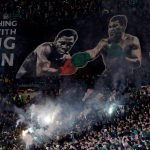 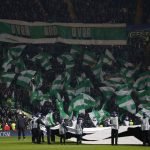 Fine after fine has come in, and whilst it is true that the supporters raise monies in relation to these fines, and also true that as a club we can afford them, we are now faced with a scenario where arguably our loudest supporters have been silenced by a partial stadium closure for our game against Rennes.

Who is to blame for this?

I have read comments from a multitude of supporters who are completely outraged by the club’s decision to take away our ‘twelfth man’, stating that without that section of support, there will be no atmosphere, no singing, none of the noise for which we are known.

However, to me, it’s like being angry at a manager who witnesses a key player already on a yellow card, who is continually and blatantly fouling the opposition, despite numerous warnings from the referee, and substituting them to avoid a second yellow.

Celtic supporters are absolutely correct in stating that certain sections of our support deserve credit for creating our world famous atmosphere.

Unfortunately, it is the same section of support who are leaving our club open to punishments.

As was shown in a recent YouTube video showing a Celtic Park tour, every time we pull on a Celtic top, or a scarf, we represent our club.

Our actions become their actions.

I think Celtic deserve to be represented as the great club we are – we have always set ourselves apart from other clubs, both in Scotland and in Europe.

I hope we can continue to do so.

Celtic do not need pyrotechnics in the ground.

Celtic does not want them in the ground.

What the club wants and needs is our twelfth man, and unless things change, we risk losing that crucial advantage.

That could prove to be very costly indeed.

Hayley Dickson is a Celtic fan and frequent contributor on the Celtic Facebook pages. This is her second piece for the site.