For Ten Years, Rangers Played Games With The Taxman And Corrupted Our Sport. They Got What They Deserved. 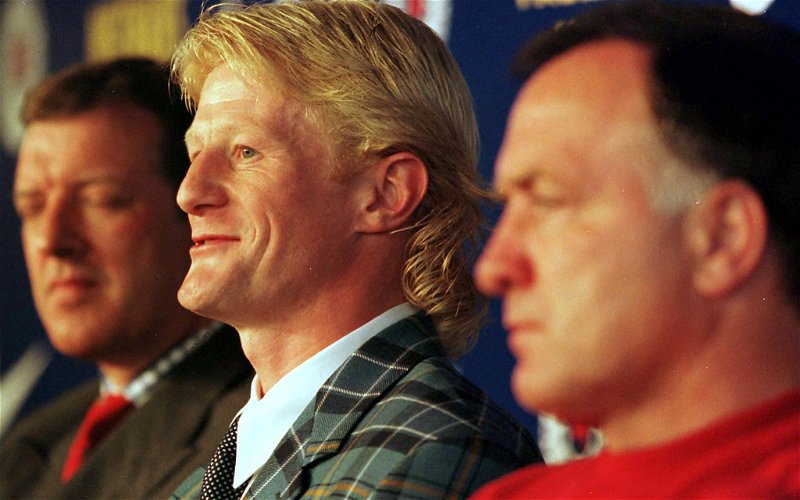 This is the mantra on which much of modern politics and public relations is based.

Lawyers are still given the advice to this day. Shuffle your feet. Change your stance. Try a different tac. If all else fails, shout them down.

It is, as one would imagine, awesomely effective.

Lynton Crosby, the Australian political strategist who often works for the Tories, taught his charges a crude version of the same; he calls it the Dead Cat Strategy. Boris Johnson, one of its most efficient proponents, summed it up thus;

“There is one thing that is absolutely certain about throwing a dead cat on the dining room table – and I don’t mean that people will be outraged, alarmed, disgusted. That is true, but irrelevant. The key point is that everyone will shout, ‘Jeez, mate, there’s a dead cat on the table!’ In other words, they will be talking about the dead cat – the thing you want them to talk about – and they will not be talking about the issue that has been causing you so much grief.”

You’ll see that during this election … on a certain day, when Labour or the SNP has a major news event planned, something to slap the Tories with, some Tory will say something so absolutely outrageous that the press will focus on that to the detriment of all else.

Sevco, as you can imagine, knows how to do this very well.

This is where we are today.

With Sevco pounding on the table, on which they’ve chucked a rancid, stinking, dead cat.

As many have noted already, the story they want people to focus on is five months old; that’s how long HMRC’s “mistake” – which isn’t a mistake at all – has been in the public domain.

The question is, “why now?”

One of my favourite films is JFK, and in that movie Mr X, played by the great Donald Sutherland, explains the “background stuff” to a shocked Jim Garrison. And Garrison understands in that moment that the question is not “who?” but “why?”

And that’s what we should be focussed on today, not on anything else.

Focus on what’s really going on here, and the things they don’t want you to know, or to see coming.

Something is coming, that’s pretty clear to most right thinking people now.

But the dead cat strategy’s effectiveness lies in the fact that you do have to deal with the dead cat before you can move on. We have our eye on the big picture, but let’s scoop this maggot eaten thing up first before we proceed.

The story is bollocks. That won’t surprise many of you. It has already been viciously torn to pieces by the most important person in this saga, the award winning journalist RTC, whose identity remains unknown but who’s work on this is still vital.

Let me explain what’s happened here, breaking it down into simple facts.

Although they won the tax case in the Supreme Court, HMRC would still have faced legal challenges over the specific size of the bill. The penalty would also have been contested. RTC believes that the bill was always likely to be reduced because of the difference between what is called “net” and the “gross.”

Put simply, it was an argument about accounting.

In one scenario, Rangers would have owed £49 million in the bill – separate from interest and penalties – and in the other scenario just £24million.

RTC always maintained that the £24 million bill was the one the club would ultimately be hit with.

He has been proved right on that as with much else.

HMRC has conceded that £24 million is the sum they wish to submit the final bill for. But this was never tested in court; HMRC simply shrugged, lowered their estimate, and moved on to the penalties, and then they conceded on those too.

So on the surface of it, Rangers’ entire tax liability from the Big Tax Case drops to that £24 million figure, and that’s what’s at the centre of all this chest beating. They claim they would have survived a hit like that, or that it would have made the club easier to sell.

Yet even a plain text reading of The Times story makes it clear that HMRC has conceded these points not because they “made a mistake” with the Rangers tax debt but for just one reason; there is nothing to gain by going another round in the courts over these issues.

The club is gone, there is no-one left to pay those debts and any legal process to chase exact sums of money is simply a waste of time and resources at this point.

Had this issue been live and there been someone with the ability to write them a cheque at the end of all this, HRMC would have pursued the matter all the way to the finish line.

This is definitely true in the case of the penalties, which HMRC would not have written off under any circumstances as their public policy stand makes abundantly clear, and which RTC has laid out today in his excellent article and on Twitter; it is standard procedure to levy both 50% interest and a 65% penalty in a case which involves wilful concealment or fraud.

As he helpfully points out, this would have amounted to a debt of £24 million, interest of £12 million and penalties of £16 million … in case the media can’t count that comes to a tax bill of £52 million, and that’s a number that the club could not conceivably have paid.

Any argument to the contrary is foolish and just ain’t true.

Of course, this doesn’t even count Whyte’s little scam which would have added as much as £20 million more to the claim.

It has more holes than a cellular blanket, and yet here it is, all over the news as if it’s a big scoop.

Yet this stuff was put in the public eye – BDO published the report in which all this information can be found – five months back and it has been spun and twisted so much in these reports that it has Rangers as the victims.

But that club weren’t the victims.

Even if the bill would have stood at £24 million and there were no penalties and no interest payments, the concealment of documents made every one of the games in which they took part null and void and I am of the firm belief that any other football association in the world would have stripped titles and trophies as a consequence.

They played chicken with the taxman and corrupted the football authorities here for a decade.

They deserved everything they got, and a whole lot that they never did.

Rangers was liquidated but Sevco rose in their place having suffered material consequences but no actual punishment.

Scottish football continues to be tainted by the Survival and Victim lies which existed up until last night; we do not need a third toxic myth to go with them.

People can blow all the smoke they want but trying to paint that club and those inside it as if they were the victims here is risible and contemptible even by the usual standards of our honking press corps. It will not fly.

For the media to be pushing this as if it is remotely factual will make this another shaming period for future historians to be shocked by.

This dead cat has them all looking the other way … I used to think their gullibility, their pliability, was amusing. Then I found it embarrassing.

In fact, it is dangerous. It advertises Scottish football as open for business to every charlatan and con artist out there … because if this is scrutiny then they’ll have none.

I am surprised they aren’t queuing around the block to get their claws into our clubs.

The CelticBlog will be doing a series of quizzes from now on … please take our first one below, and pass it along.