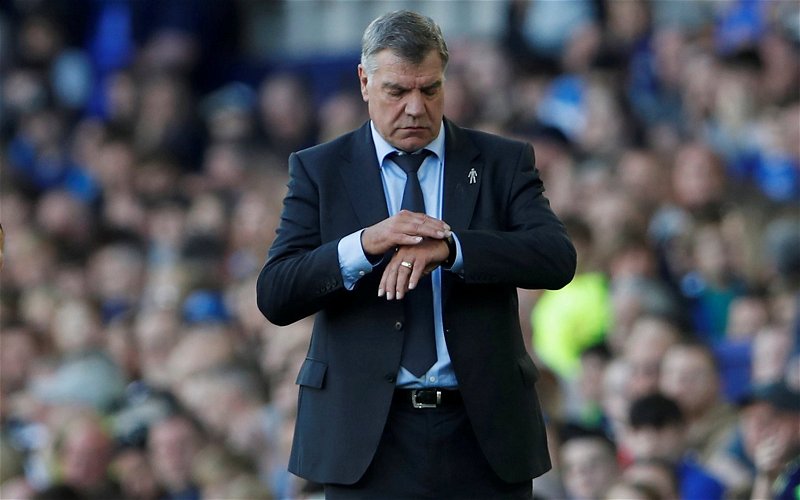 The papers today are trailing a Sam Allardyce interview of such ignorance that I am aghast.

His comments are stone stupid. It is not a surprise to see that The Record has published them in full and made an article out of them.

Allardyce has dismissed success at Celtic as being easy.

This is the old nonsense, the old junk.

It is an insult to every manager who has ever been up here, both those who succeeded and those who failed.

Primarily, it reads as an insult to Rodgers and whilst I have no real issue with people taking a slap at his character no-one has a right to attack the man for his achievements.

His record up here will stand the test of time; this is a manager who came to Scotland, stayed for two and a half years and did not lose a single cup tie or major trophy.

His team completed an Invincible campaign.

Anyone who dismisses that as easy has not got a clue what they are talking about, it’s just that simple.

Criticism of his managerial skills, or seeking to dismiss those achievements is just not on and Allardyce is a clown for suggesting it.

Some folk might want us to give him a pass but they can stow that in the compartment where they keep the rubbish.

Allardyce’s comments about how “we could all go to Celtic and win trophies” is utter balls.

Don’t even take it as a plain text reading, look at what he’s actually saying; he’s saying that the gig is easy.

Really? Is it? Celtic managers work under incredible pressure and scrutiny … the media is all over them, all of the time.

Slippery Sam wouldn’t have got away with half of what he did in his career had he been operating up here, so he should be careful what he says.

I know of no Celtic fan who would have wanted the long ball merchant and “survival specialist” to come here at any time in his career.

His winning record is atrocious considering the number of clubs he’s had and jobs he’s been in, including the England one.

I won’t even touch on the number of times he’s been implicated in scandals of various types; his only real winning has been at the various hearings and investigations which have been launched into his conduct and where he’s never been convicted.

Hey, that takes talent I suppose but then I reckon we could all do that. Dave King manages it.

If he can avoid ever spending a day in jail, then it’s easier than it looks.

Sam Allardyce has been in the game for decades.

He has been at almost a dozen clubs.

You know what records he holds, aside from being the only manager of the England national team to resign in disgrace having managed just one game?

He won a Football League Third Division title and the League of Ireland.

His career story of one of massive underachievement.

Some up here would call it “spectacular failure.”

If Sam Allardyce were to get his hands on this Celtic team I reckon that in 12 months – if he ever lasted that long – the club would be a lot poorer, the team a lot weaker, the average age of our players 31, Sam himself a helluva lot wealthier and he’d be well on the way to disproving his own theory.

I slag our media a lot – and of course The Record loves this today – but that this geezer, with all his baggage, is still so feted and “respected” south of the border is a damning indictment on their own so-called standards and indicative of the moral vacuum at the heart of the game down there.

Our second quiz is up folks … how much do you know about the events of 2011-12 and the liquidation of Rangers? Take the test below …