The Media Is Desperate For There To Be Trouble In Rome. It Is Absolutely Shameful. 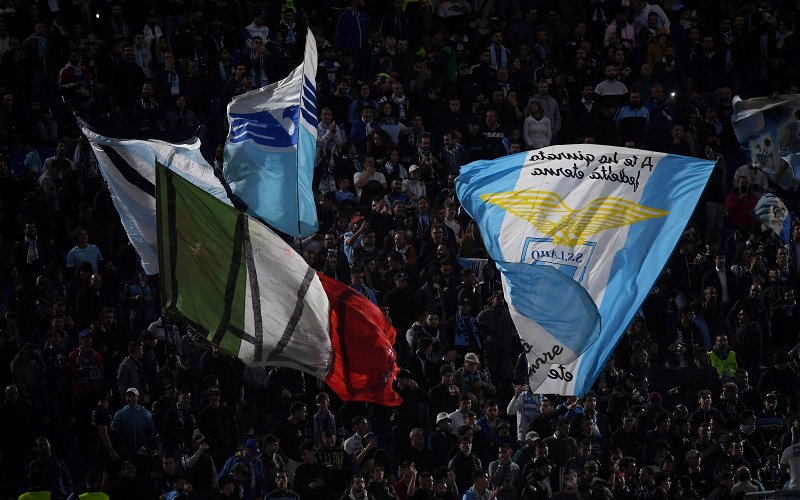 Today, as a lot of Celtic supporters get ready to head off to Italy for our crucial away tie against Lazio, the media is running as many scare stories as they can generate. “Sources” have told the hacks that their supporters are planning “reprisals” against Celtic fans … our supporters are being urged not to wear their colours in the city of Rome.

All of this is ridiculous.

The press has been in a frenzy about this since Keith Jackson’s barking article about it last week.

Other outlets were only too happy to run with the idea that this tie is a potential powderkeg. The media is desperate for there to be real trouble, in part so that they can say our own fans brought it on us. Shame on them for it.

Rome is one of the most visited cities in the world. It is an enormous place. The media’s assertion this morning that Lazio’s hooligans “know the areas where fans will congregate” is ludicrous garbage. Many of our supporters will be in the city for days, both before and after the game. For many of them this is a once-in-a-lifetime chance to go and see some of the greatest sites in the world and Vatican City’s St Peter’s Square will certainly be one of them.

But those areas are well policed, especially in the era of international terrorism. Most of the touristy parts of Rome will be. And there will be plenty of our fans in the city centre and beyond; there is definitely safety in numbers and we’ll have that on our side.

Today the club has released additional safety information; apart from anything else, the sale of alcohol is banned in certain parts of the city from Wednesday until Friday morning. The intent is to try and keep fans out of the city centre as much as possible. That hardly needs pointing out, but what should be is that this is standard procedure for visiting European teams.

Even amidst the tabloid hysteria, there is a recognition that Police Scotland’s intelligence officers are treating it as just another European away match, and don’t believe it merits any special measures. The Celtic fans are going over there to have a good time; any trouble will have to come looking for us and if the police are on their toes – and they are – there won’t be anything dramatic.

There are risks attendant with this game; of course there are. Lazio’s hooligan support is notorious but as usual the media is drastically overdoing it with the negatives. As long as people are vigilant they have nothing to worry about in the main.

Certainly, I do not expect the kind of widespread trouble that some of our press corps is positively salivating over.

Remember, the media is not just hoping for serious disorder in Rome but they are looking for a way to blame our own fans for it.

That is just shocking, especially as our supporters have no history of going abroad and causing all sorts of trouble … I was in Munich two years back and enjoyed one of the best days I’ve ever spent with my fellow fans, and the whole trip passed blissfully. The city embraced us. Rome is an even better place to visit and I’m sure the experience will be wonderful. It is one of the few places in Europe our supporters have not been in recent years.

The media knows that our fans will not be the ones to start trouble … but they have laid the ground for blaming The Green Brigade for it nonetheless, in how they’ve pushed the idea that Lazio fans are looking for “revenge” for the banners. In fact, Lazio’s scumbag element would be out to spark some form of trouble regardless.

But this is an inconvenient fact which the media is at great pains not to explore.

Ironically, it’s because the Rome police know what their domestic support is like that virtually assures they’ll be on top of this. The guidance that the club and the authorities are giving to fans is good and sensible and will assure good outcomes for most; those who follow the protocols will be just fine and will go on to have a glorious time.

Far from being a fixture marred by trouble, I expect this to further enhance our excellent reputation for bringing colour and joy to the sport. It will be one of our finest hours, and the Scottish press’s obvious desire for there to be trouble will be one of their darkest.