What Exactly Is The Daily Record’s Agenda Over Our Lazio Bound Fans? 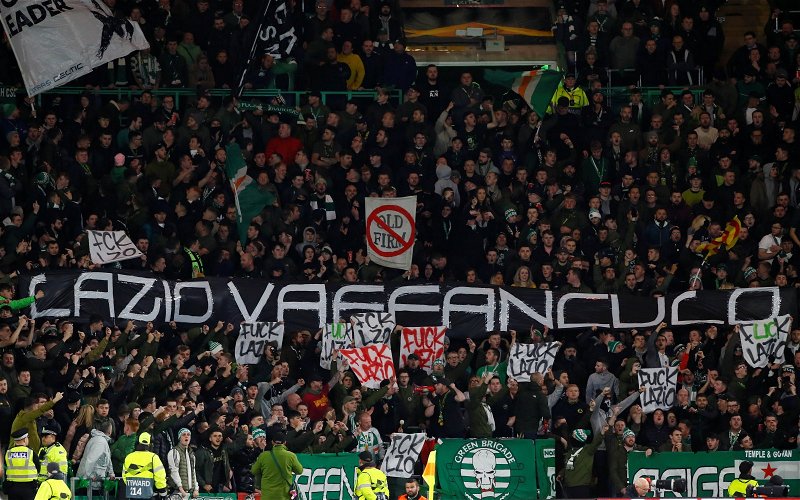 This morning, The Record ran yet another lurid story about the prospect of Celtic fans getting into trouble in Rome this week.

Now, I know I’ve been banging on about this story for days but I’ve been doing it because our media has been dementedly ramping up the hysteria.

But today was peak lunacy.

Today the talk was of stabbings and even risk to life.

I am grateful to my friend for sending me the piece.

It is one of the most grossly irresponsible things even that rag has ever written. It is so bad that I no longer even know what their agenda is.

What do they hope to gain from filling our fans heads with this kind of nonsense?

Are they hoping that our supporters will tool up, go around the city wrapped in paranoia and act accordingly at the merest perceived threat whether it’s real or not? That’s not Celtic fans. I am confident that none of that will happen.

I have read some scandalous stuff from our media in recent years but this takes the piss.

The Record this morning claimed that Celtic believe The Green Brigade has sparked a “banner war” … as if anyone inside our club would ever have said that either on or off the record, to a hack. It is a disgraceful claim, and one I’m confident is without a shred of truth.

“The club believes a ‘banner war’ between rival fans when the clubs clashed in Glasgow earlier this month has not helped a situation where fans lives could be endangered,” this piece of hysterical drivel reads.

This has gone too far, and it is a mystery to me why The Record has not already been banned from our ground for their coverage of this so far.

The idea that The Green Brigade’s banners have now “endangered lives” is so far outside the realms of rationality and all common decency that there is no longer any question that The Record is desperate for something to kick off over there so that they can blame our own supporters for anything that happens to them. It is despicable.

Their coverage is so skewed here that they talked about how “organised groups of ultras” in Rome have confronted rival fans on numerous occasions; they link to an article which they then quote only in the most selective way.

Amongst the details they chose to omit is that the fans being targeted were Liverpool supporters – not exactly the most beloved British fans when travelling to Italy – and that the club they were worried about was Roma, and not Lazio.

I have never seen the media get so hyped over the off-field elements of a fixture.

It is unprecedented and it is skin crawling to read their coverage of it.

I don’t know what goal they are pursuing here but the press credentials of every “journalist” at that paper should be revoked for it.