Celtic Is Stepping Up Its Quest To Find A New Striker. Someone Is Heading Out The Door. 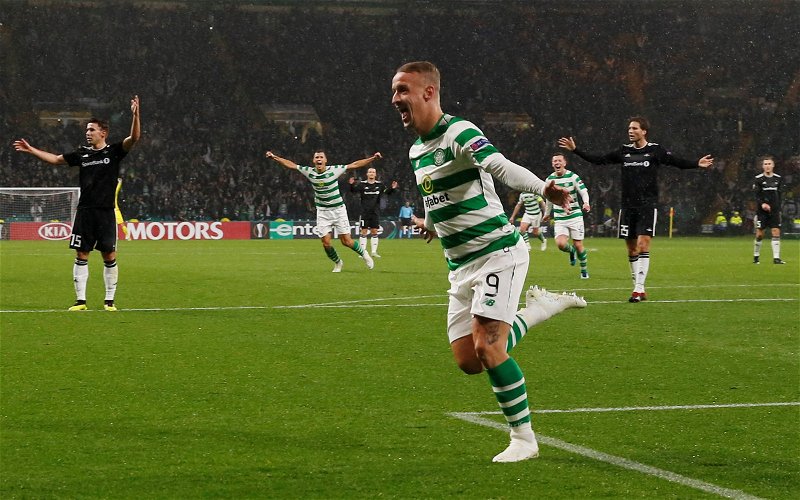 There is talk today that we’re linked with a striker in January. It seems certain.

The question which automatically arises from that is this; does it mean that one of our current crop of forwards is heading out the door? Well of course it does, but maybe not soon.

If we’re spending, or looking to spend, £5 million on a player that will automatically raise questions about Odsonne Edouard. Those questions look like being answered in the summer. It will depend on what real ambition this board, and our manager, have for this team. We cannot, year on year, sell top players. Fringe footballers can be pruned from the books, but unless players are agitating hard for a move we can’t sell off any more of our best.

I don’t think it will be French Eddie. I think we’ll have him for the ten-in-a-row campaign.

That means it’s going to be one of the others, either Bayo or Griffiths.

Of the two, I know who most fans would rather keep.

But if there’s going to be a cut made I think it more than likely that Leigh is who it will be. The club had stood by him and done its bit. If some inside Celtic Park thought it was time for him to move on I think I’d fine some sympathy with their view, and not because Leigh isn’t still capable of being a fine player.

The reasons are obvious. Leigh’s had a difficult time and has been out of the team a lot.

You have to wonder if he’ll come all the way back, and especially as the same player. I think often of Brendan Rodgers trying to convince Leigh that there were aspects of his personal life that needed to change if he was not to cut short his career; I hope he hasn’t.

There are a lot of people who wonder just what we’ve bought with Vakoun Bayo; it’s clear enough already that a fully-fit Griffiths would be a better option, but this boy still deserves a chance, and a sustained run, to show us what he can do.

I’ve seen some of the names we’re linked with; the boy from Slovan Bratislava is the best of them thus far, with Lawrence Shankland being the one that inspires me least. No harm to him either but I don’t get the impression of Celtic class from him.

I am encouraged that our scouts are busy looking. I hope they are looking at a centre back as well, and a holding midfielder, all the better to give Callum a break. I suspect we’re also scouting a goalkeeper in case we don’t get to keep Fraser Forster.

The work behind the scenes is ongoing; that’s a positive too.

It won’t be long until we find out what Lennon and his team have in mind for us.