Celtic’s Biggest Boost Of The Week Came Off The Field … And It Might Be Massive Later. 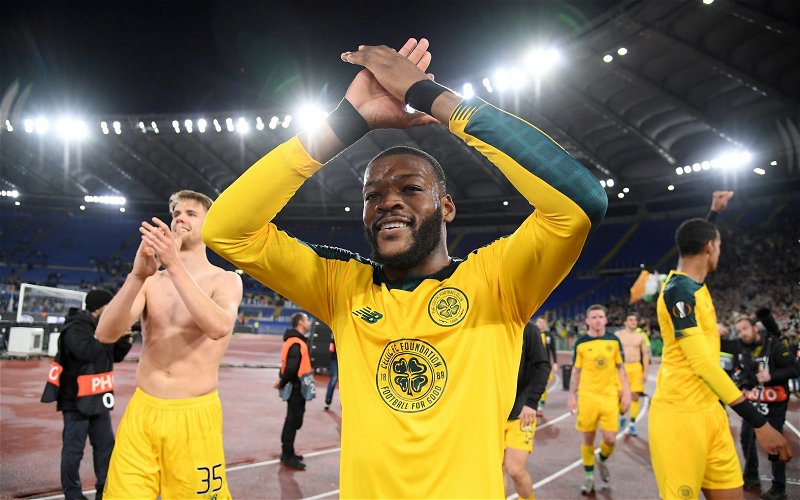 When this season kicked off, I think most of us were surprised that Olivier Ntcham was still playing for the club.

His departure had been so widely trailed – and not least by his own comments – that it looked a certainty.

Furthermore, the manager was not happy with him.

That was expressed in a searing criticism Lennon offered of the player in the media wherein he said that Ntcham’s comments disrespected both the rest of the squad and the club itself. “Celtic is not a stepping stone,” Lennon said.

It does not matter if you believe that or not, it was a public rebuke not only to Ntcham but to any other player who might have the same thing on his mind. It was Lennon slamming the door on a period during which Rodgers was at great pains to tell people that’s exactly what Celtic was; we now know that was, in no small part, to excuse his own exit when it came.

And then the sit-down happened.

Who knows what was said during it; I assumed Ntcham was put on notice that his form was nowhere near good enough to get him the move he craved and that Celtic would not be letting him leave on the cheap. I assumed the talk was along those lines and that the player had been warned to step his game up, because he did.

He started to play again.

It seems to me that his goal – and his celebration after scoring it – against Lazio in Rome has been a major moment for him and his relationship with the supporters. All is forgiven as far as his comments in the summer are concerned, but it’s more than just that the fans have forgiven him … Olivier Ntcham is talking like a guy who has fallen in love with Celtic.

We Celtic fans should be ever wary of those who do so, of course.

After all, we have some experience in this area and a lot of people talk a good game. Yet when Ntcham spoke yesterday about the club and about wanting to be here and not having anything else on his mind I believed it. He seems more comfortable around these parts than he has in a while.

It’s a well-known fact that French players are about as cliquey as you’ll find.

When you have a group of them at a club they bond brilliantly.

They become a wee extended family, and if they are happy in the building then you’ve got a happy squad.

Ntcham suffered a lot when his big mate Moussa left. I think we all realise that.

I find it interesting that when we went looking for a central defender in the summer that we went straight back to France; it is proving to be a happy hunting ground for us and why not? French football is going through one of its period spells where it’s very, very strong indeed.

I think we’ll be visiting that country for players again, and probably for years.

In the meantime, we have a happy camp again.

Ntcham’s new-found commitment to the club may have a bigger impact than just his own form.

It increases our chances of keeping French Eddie here as well, I think, and that might resonate far beyond the here and now.