Milne Can Stick His Criticism Of Celtic. He Himself Offered No Vision For Scottish Football. 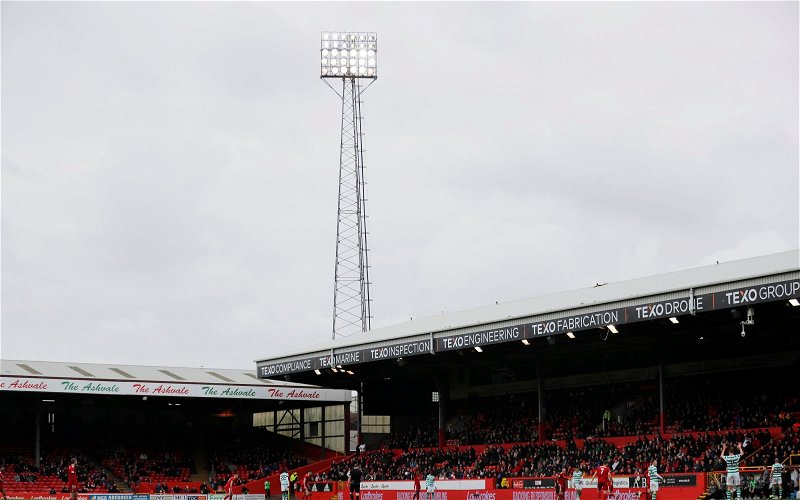 We tolerate a lot, us Celtic fans. We have to.

Yet there are times when our club is in the crosshairs and they totally deserve to be.

There are other times when the stick we are getting is wholly out of order.

This is one of those weird times when the criticism itself is quite possibly fair, but where I still take issue with it because of who’s dishing it out.

Celtic’s board hasn’t done enough to reform Scottish football and that’s a fact.

This site has excoriated them over their utter failure to propose any real reforms. They could have put together a plan and published it on the site and dared other clubs to support or oppose it as they saw fit. It would have been a show of leadership, and we never did it.

But Stewart Milne is not going to get away with lecturing us on and suggesting that we have done some grubby deal with Sevco to oppose reform. I do not believe that for one second, and actually I know that even if it were true it would not matter a damn.

The days when Celtic Park and Ibrox could veto anything they didn’t like simply by voting together are over with and they have been for ages. When Rangers died in 2012 those old arrangements died with them and Celtic offered no resistance to it.

The idea that it’s some Glasgow cabal that holds back Scottish football is arrant nonsense I’m afraid.

The game here is held back in part because some of the wounds of 2012 were never properly healed. Milne is one of the reasons for that. He was the first chairman out of the gate to announce that he would veto Celtic’s call for an inquiry into those events.

Milne has offered exactly nothing to Scottish football governance in all the time he’s been holding court at Pittodrie. Where was his own big idea? Where was his own leadership? What did he ever do except fight for a quiet life? What a hypocrite this guy is.

His departure from Pittodrie will not be mourned by many of Aberdeen’s fans either; they were furious when he stood in the way of our inquiry call, and they know that his board has presided over an era of underachievement where the worst of it is the historic squandering of the opportunity 2012 provided to cement themselves as the second biggest club in the land, giving them a platform from which to challenge Celtic in due course.

It is not for nothing that Aberdeen fans are looking forward to the next few years, years in which he won’t be around.

Milne brought nothing to the table at the SFA and he’s run out his string at Pittodrie as well.

If only people had listened? To what?

Gordon Smith tried to pull the same stroke last week with all the “I wanted VAR years ago” guff.

It’s the way losers talk to excuse their own lack of achievement.

He has some cheek taking a shot at us.

Remember, you can still do our Slapping Sevco quiz at the link above … just answer the first question about who scored our first goal against the NewCo …