The Aberdeen Chairman Has Called For Fairness For All. We’ll Soon See If He Means It. 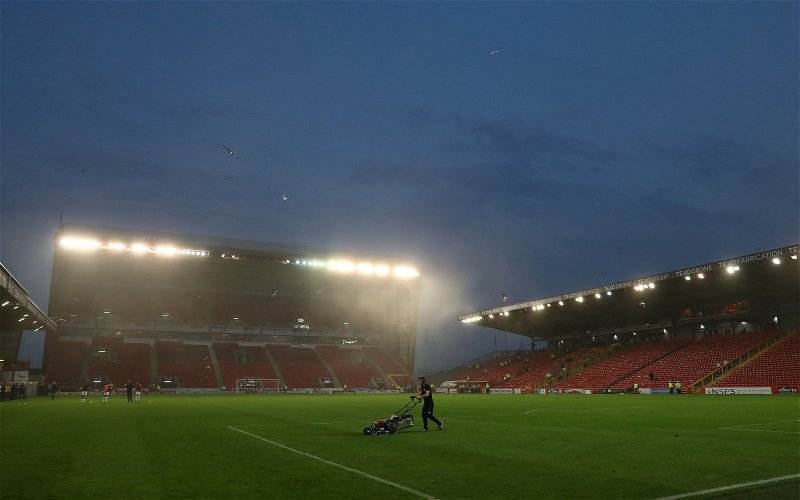 For the last five or so years, this website has been consistent in its calls for greater transparency at the SFA.

We’ve called for the level playing field. We’ve banged the reform drum loud. We’ve supported Celtic on those pitifully few occasions when our club has called for the same. We have stood alongside other sites, even from other fans, who have made those demands.

This site would never disagree with anyone who called for fairness and sporting integrity.

But we reserve the right to wait and see whether they mean it.

The Aberdeen chairman is just in the door. His first public action was to attack Kris Ajer for “feigning injury” – a quite ridiculous charge. But of course, he did so in the name of those things which this website has written about and campaigned for.

I’ve said it was playing to the gallery. It was such a minor matter; there were other things he could have chosen to talk about. If he intends to see his side treated fairly there are things besides calling for better decision making by the refs he could have opened up on.

Yes, refereeing does have to be improved. It does have to be more transparent. The whistlers have to be accountable for their mistakes; that’s the first major change that’s needed. VAR would be helpful. It would make it harder for officials to hide after the fact. It would remove this excuse about them having to make decisions in the blink of an eye.

He could have talked about Financial Fair Play; nothing has hurt his club more than trying to play by the tenants of FFP when the club at Ibrox, who have taken their second spot, plainly do not care about those regulations or want to see them imposed.

He could talk about how decision making at Hampden is so secretive. How the SFA elects it leaders; if he’s been trying to buy a Scottish club without knowing any of that then he is a pure fool. That may well be the case; you only have to look around the boardrooms at people like Ann Budge, who talks a good game but who’s Tynecastle tenure has veered from drama to disaster, to know that it’s entirely possible that he is exactly that.

Whatever he does, that Tweet attacking our player is going to come to define his time in the game here. It’s precisely because it was his first public action, and because he chose to attack the biggest club in the game, that what he does next will be so closely observed.

He either believes fairness and a level playing field is important and something worth fighting over or he does not. If he believes those things then we’ll see more of it, and directly against the real targets and for the right reasons.

If he doesn’t, if this was just pandering to the hacks and playing to the gallery, then I say his judgement is already suspect and Aberdeen fans shouldn’t get their hopes up for a success laden reign, and those of who care about the game here should already be looking somewhere else for leadership of it.

I’ll do a piece today on Celtic, on that subject, but I have to be honest; I’ve long since stopped looking there as my Lennon piece earlier makes clear.