Tonight’s Team Sheet Will Reflect The Luxury Of Celtic Having Breathing Space. Others Aren’t So Lucky. 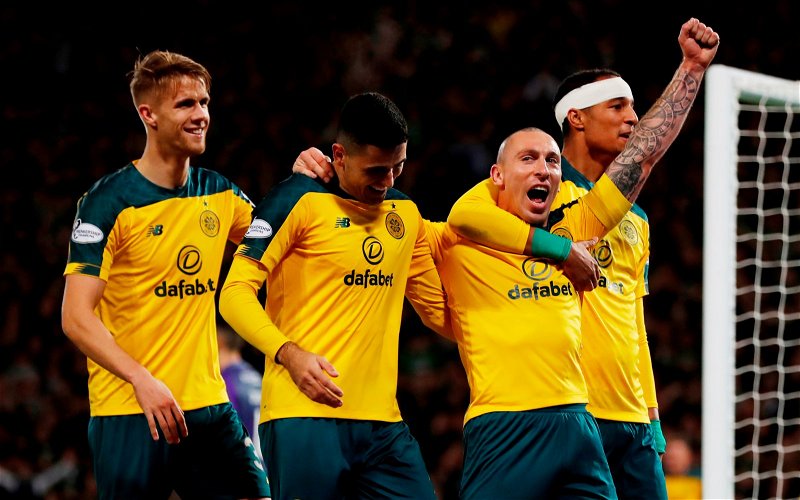 My good friend Craig gave me an excellent tip about a book earlier this year; it was called – I kid you not – Eat That Frog, by a guy called Brian Tracy.

It was one of those books about giving your life more structure.

I can’t say in all honesty that I followed the tenants of it – I have a disorganised style that works for me better than it should – but I did understand it and relate to it and on an intellectual level I know that it would be good for me to try.

The “frog” in the title is that thing you know you should do but don’t really want to do.

Tracy believes that this is the thing that would help you most in achieving your goals.

He’s right, because I’ve got a three quarters finished novel that I know will be a great calling card for finding a literary agent and starting me off on the path to getting a publisher and all the rest of it … and I can’t seem to find the motivation or time to get it done.

Tracy recommends that you make this thing – the frog, the task you keep putting off, the one that will change your life – the first thing you do at the start of every day. Get up in the morning, pick that sucker up and pop it in your mouth. Chew. Swallow. Get it over with.

In doing so, everything will change for you. I do subscribe to the theory.

This is about prioritising. If you do it right, not only do you make progress but you give yourself breathing space later on. I love the concept.

So does Neil Lennon, I think.

For the first time in a while we’ve got an essential job done early. We have taken a big step towards an important goal. We have completed a key task – qualification from our Europa League group – with room to spare. We actually did it with two games to spare, but Lennon would not compromise on topping the table, which is another sign that he realises the importance of swallowing the frog. It makes the next round easier.

All of this has given us a rare luxury.

We can actually send a skeleton crew tonight, and not worry about the result.

What a nice thing to be able to do.

The club across the city is facing a white knuckle night after dropping important league points and, of course – hahahaha – our victory in the League Cup.

We played full-strength teams to get here. We worked hard. We understood the importance, to the club, of restoring its reputation on this stage. The manager knew what he wanted to do here and we did it, ruthlessly. We now have a night to simply enjoy as a spectacle, without necessarily worrying about what it means for us. A night of no pressure, when key players can be rested up. That is overdue, but it’s only possible because we got the job done quick.

There is a lesson here for the rest of this campaign and for what comes in the close season, and I hope it’s one the board is paying attention to. In the first place, we need to keep on hammering clubs and putting points in the bag.

This Sevco team is teetering, you could see it in the reactions of their players at full-time on Sunday.

The pressure is crushing them.

If we get through December, pushing harder than we have in months, I genuinely believe we’ll go into New Year with a significant points advantage. Then we’ll have a few weeks of rest and recuperation before the second half of the campaign starts … but if we’ve got breathing space we’ll be able to relax when it does and the points will come that much more easily.

Most importantly, if the board takes this lesson into the summer and swallows the frog, spends what Lennon needs, and gets all the business wrapped up double quick we’ll not be scrambling before each of the qualifiers.

This should have been clear a long time ago, yet I cannot believe that we’re still making the same mistakes over and over again.

The advantages of getting the job done early are clear … Lennon knows it, and that’s why we’re looking forward to this game tonight with no concerns about the score line at all. It’s why other clubs face fraught evenings and have to field their best players.