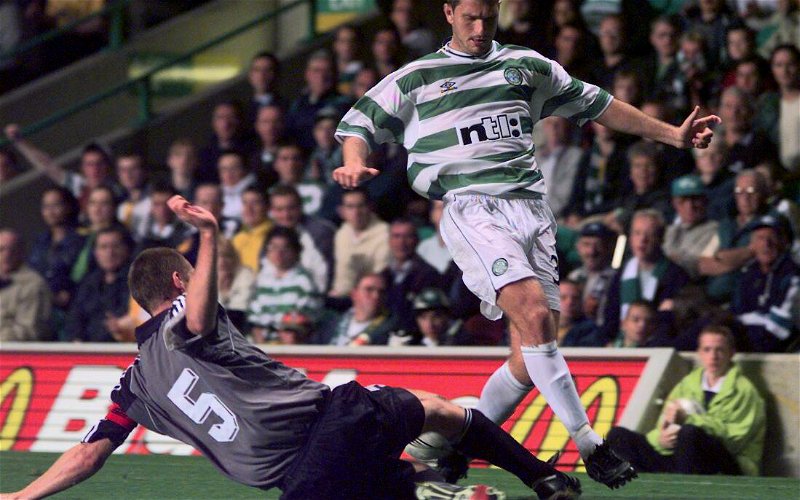 I’ve seen a lot of lazy journalism in my time, but there is one version of it which never ceases to amaze and appal me in equal measure.

There is a reason clubs hire scouts.

There is a reason that these people are well paid for what they do.

There is a reason clubs hire data analysts. They too are well paid for what they do.

They understand the game in a different way from the scouts.

Together these two separate strands work in tandem to produce target lists. A good head of recruitment then goes on and tries to sign those players. It doesn’t always work well, and a lot depends on who’s running the show, but it is a tested and trusted process which clubs place enormous faith in, and put their money behind.

For all that, I consistently see two things.

The first is people who base their objective judgement on a couple of YouTube clips. Celtic did that once. The result was that we bought a footballer called Rafael Felipe Scheidt. Three Brazilian caps and a couple of bits of grainy footage got us to part with £5 million for that joker, in a transfer deal which is now notorious.

You can learn something from YouTube clips; of course you can.

You can watch a player and the way he moves, the way he holds the ball, you can judge whether he is too footed. What you can’t find out is whether he lasts 90 minutes, whether he drifts in and out of the game, whether he can produce one minute and then lets it all slide in the next.

You cannot learn how a player will adapt to a new league, or new culture, or new team-mates. You can’t judge what impact he’ll have on the dressing room dynamic. Celtic can’t know these things either but they will have looked into more than a few short videos.

The backgrounds of every player will be scrutinised. The amount of research that goes in to any transfer deal at a club like Celtic would fry your brain. There is a reason the process starts months in advance. It is expensive, but so are transfer deals.

If YouTube videos are bad then there are things that are far worse. I’ve read articles which rate our players based on how well they do in FIFA, others on their valuations according to Football Manager and the most egregious of all … the steady drip of stories based on the figures on a website called Transfermarkt.com.

These have gained real currency.

One moronic article today – and I’ll spare the writer humiliation, but I’m sure a lot of you know who I am referring to – poured scorn on this signing – of a footballer the writer has never seen in his life, about whom he knows exactly nothing – as a result of his “valuation” on that site.

I cannot express my contempt for that sort of idiocy in strong enough terms.

This is the kind of “wisdom” people on the writer’s site are “encouraged” to pay for. Transfermarkt.com values Kris Ajer as £2.7 million. It values McGregor at worth just £4.5 million. It suggests we’d get £2 million for Rogic and just under £4 million for Ryan Christie.

The same site thinks Ryan Fraser of Bournemouth is a £27 million footballer … and Scott Sinclair’s “value” is now over £3 million as a result of his move to Preston. Think on that when you look at the valuations of the Celtic players I mentioned above.

To rely on that site as any sort of guide to a player’s respective merits is clownish at best. To use its figures to attack Celtic over a new signing is the worst kind of gutter-ball. The writer should be embarrassed at relying on such tactics, but experience tells us that he’s beyond embarrassment and absolutely impossible to shame.

But this is what critics of the club are reduced to at the moment, to this kind of desperate scrambling in the dirt. We have just spent more money on a single player than every other club in Scotland has combined in this window, and there’s more to come.

This signing will be a big test of our new scouting department, and in due course we’ll find out whether he’s a good one or not. That will be decided on how he actually does in a Celtic strip, not on nonsense about whether he’s too slow on FIFA, too cheap on Football Manager or because certain people are obsessed with pursuing pathetic personal vendettas and will cling to any justification they can find, however flimsy, that appears to support them.

Professionals have looked at this guy.

They’ve weighed up the data.

I will trust their word before that of some goon with an axe to grind.