Celtic’s Away Form Is Good Enough That We Should Be Confident For The Months Ahead. 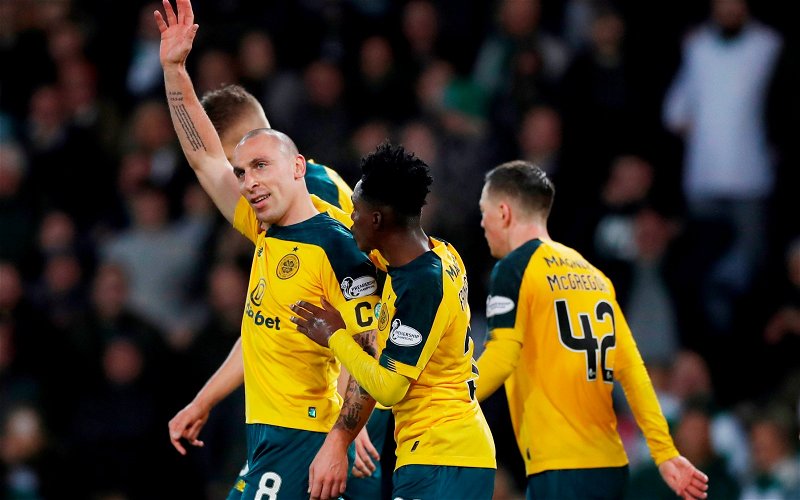 Neil Lennon spoke to the media yesterday and in the course of it he lamented the three SPL clubs who play on artificial surfaces.

He refuses to use those pitches as an excuse for bad performances and worse, bad results.

He is correct not to.

We find it difficult to play on those surfaces, and of that there is not the slightest doubt.

But that other clubs perform on them and get good results on them confirms that this is the same game only with a few slight adaptations.

This team has to learn what so many other clubs apparently know; how to win on those pitches and how to win well.

Frankly, if we live in fear of playing on synthetic surfaces we aren’t going to win this league and we don’t deserve to.

These things have existed in Scottish football for eons. How can it be that we’re still afraid to face sides on them?

Let’s ask a different question; are our results significantly worse on them?

Look back at Ronny Deila’s first campaign. We played four times on plastic, twice at Kilmarnock and twice at Hamilton. We won four out of four. In his second season, we dropped points at both grounds with draws, but also won at each of them too.

Under Brendan, in the first campaign, we had no difficulty at all on them. We played on both of those pitches once apiece, and won both times. In his second season we won three out of four, losing to Kilmarnock on their surface by 1-0.

The idea that those pitches are some kind of curse owes much to last season; we lost at Kilmarnock and drew at Livingston before we were out of November. But the very next game after Livingston was against Hamilton, and we won.

Before the season was out we’d gone to Rugby Park under Lennon and won.

The defeat at Livingston has spooked us, and I understand why.

But we need to give ourselves a shake here and realise that our record on those grounds – individually and collectively – is no worse than it is at places like Easter Road, where we’ve dropped points with a regularity these last few years which has been truly depressing.

In fact, if you were to look at Lennon’s record since returning the ground where he’s dropped most points is actually Celtic Park. None of us fears playing at home.

There is no doubt that the start to the second half of the campaign makes for grim reading if all you are doing is skimming the fixture list. But the first quarter – before we were out of October – sent us on six away trips, and we won four of them; the grounds where we secured wins were Ibrox, Pittodrie, Hamilton and Motherwell.

We have nine away games in the league down so far, and we have seven wins and a draw from them.

That is not the sort of form that should be keeping us up at night.

It should keep other clubs up at night instead.

I’ve looked back at the Hibs result, and the performance, at Easter Road.

We had 20 shots at goal that day with 7 of them on target.

Replay that game with those stats and we’d win it nine times out of ten.

Against Livingston the stats were pretty much evened out … but that was the game where we lost Christie to a red card in the first half.

Our two back-to-back away slips were anomalies, one caused by bad finishing and the other because of a red card. We’d certainly have won at Easter Road with better finishing and we’d not have dropped three points at Livingston with eleven men on their plastic monstrosity.

I say again to those who have doubts; look at Lennon’s record overall.

His win ratio is one of the best in the history of our club, and I have total confidence that he can get us through these tough matches.

This team knows how to get results when it matters … and right now every game is going to matter. The fear seems to be about where Sevco will drop points, with a lot of folk saying they can’t see where that will come. I’d have said the same about us on 28 December.

There is a long way to go here. There will be slips on both sides, and results which will leave people scratching their heads and asking, “Where the Hell did that come from?” In the end, the club with the better footballers and better manager – us, and I can’t believe anyone is seriously questioning that – will see off their challengers.

Tonight is about three points, but I’d love to see us put on a show and blow Kilmarnock away.

What a message it would send to the pretenders across town.