Grosiki Is Experienced, Exciting And Would Help Our Big Striker Settle In. He Would Be A Good Option. 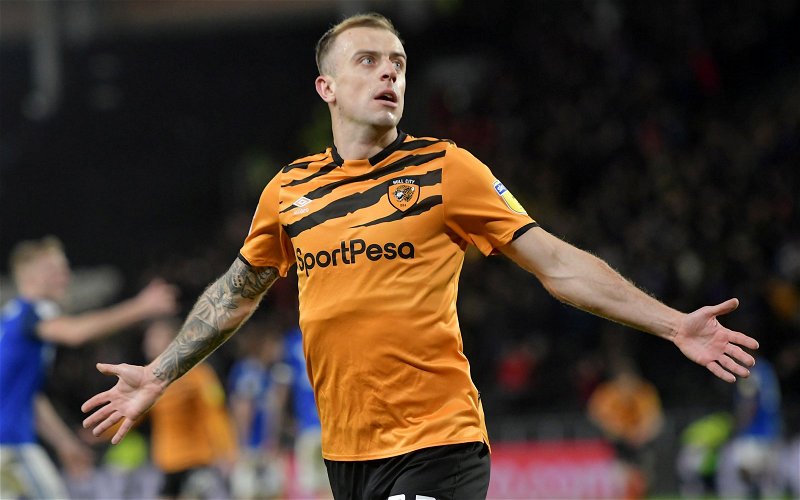 This is my first article in a while, because most of the rumours about the team and potential signings have been absolute rubbish. You can tell which ones they are. They link us with players we couldn’t possibly want in positions where we don’t need them. They report on “transfer tugs of war” between us and Skintco across the city.

You can smell the bull wafting off them. So I don’t touch those.

But today a rumour has popped up which comes from a reasonable source and ticks the believability boxes as well as making perfect sense in itself. It’s the story that we’re sniffing around Kamil Grosiki, the Polish winger currently playing for Hull.

Grosiki is experienced, a full international with plenty of caps. He can play on both the left and the right of midfield, as a winger or an inside forward. His contract is set to expire in the summer, although his club can activate a 12-month extension. He might not cost the earth. And he’s Polish, which means that he can help our big striker settle in … never underestimate the value of bringing in a countryman for a player new to a league and nationality.

Celtic has done this with our French players, with great success.

The source of this story was The Scottish Daily Mail.

I know James loathes that paper with a passion, but for reasons beyond our comprehension their sports writer Stephen McGowan is trusted by those inside Celtic Park, enough so that you can reasonably assert that something in their pages has more merit than it would if it was found elsewhere.

There are two possible issues with this one, both relating to money, of course.

First, if Hull are minded to give him a contract extension then they can put a price tag on him that we might not fancy paying for a 31 year old.

Secondly, his salary demands are not likely to be slight.

This guy was a Premiership footballer when he signed for Hull, in 2017, so he’s likely to be on big bucks.

I don’t know if he’s willing to take the pay cut, but we probably can’t match what he’s on.

Nevertheless, the departure of Scott Sinclair is interesting in this regard because you have to think he was one of the biggest earners at the club, and freeing up his wages does mean we might be able to push the boat out if the right player comes along.

Grosiki is a good one. He might not be “blue chip” in the eyes of some, but he’s a superb technical footballer, tough, experienced and can play several roles in different systems. Furthermore, he provides competition on both the left and the right and he will help Klimala to settle in at Celtic Park.

This one does have the ring of truth about it, and it would be a good – a very good – bit of business if we could pull it off.