It Is Inconceivable That Celtic Would Sell Olivier Ntcham In This Transfer Window. 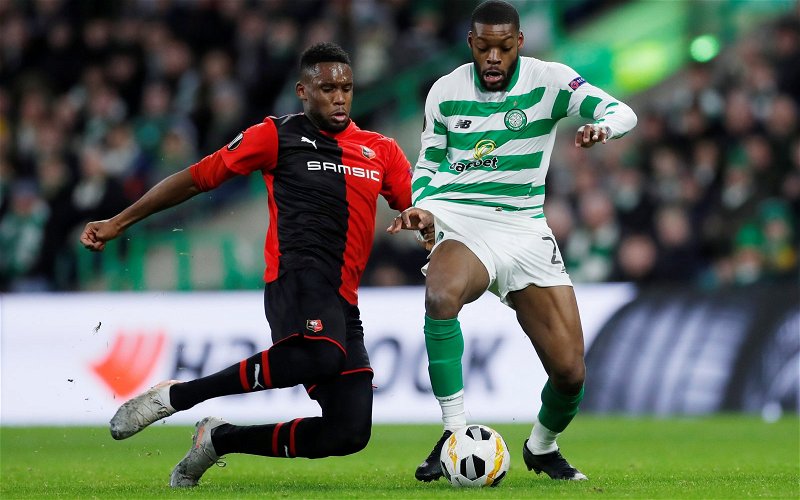 I want you to consider how many blogs are running with the story that Olivier Ntcham is in “advanced negotiations” with West Ham.

Think about how easily this kind of thing gets spread around.

And it only gets spread around because a lot of our fans jump at the sound of every closing door.

In my view this story is a piece of utter nonsense.

The story has to be nonsense, because Celtic could not even contemplate the sale of a top player during this window, in the midst of a close title race.

It would make the manager look like a clown.

It would make a mockery of the whole club.

It would infuriate a support which is increasingly frustrated at the lack of ambition shown by the board.

It would be the last straw for some.

If we don’t bring in at least one experienced player before the weekend Lennon has already been made to look like a mug.

He made very public claims about wanting to bring in those kind of players and although I have high hopes for both of our signings nobody can credibly claim that either of them ticks those particular boxes. We keep on hearing this nonsene about how hard it is to bring players in … it’s the same excuse whether it’s the January window or the summer one.

The truth is that if our club is properly motivated and prepared to do the business there are plenty of options out there.

As I said in a previous piece, if we really can’t find a better footballer out there, within our price range, than Johnny Hayes then someone is asleep at the wheel.

Ntcham is an invaluable part of this squad.

It is inconceivable that we would even contemplate selling him right now.

On his day he’s better than almost every other midfield player in the country, and Lennon has sorted out his summer issues and gotten the player’s head back in the game. This window should be about strengthening this side; nobody will be able to argue that we have done that if a starting eleven player departs.

Lennon said at his press conference yesterday that no-one else would be leaving.

He made it plain. He spelled it out. He should be taken at his word.

If Ntcham were to be sold now I would not call Lennon a liar; I’d think he’d been sold out by those above him at the club.

For that reason, I am going to assume that the story is completely fictitous.