McAllister Tries To Steady Sevco Nerves With His “No Panic At Ibrox” Claim. 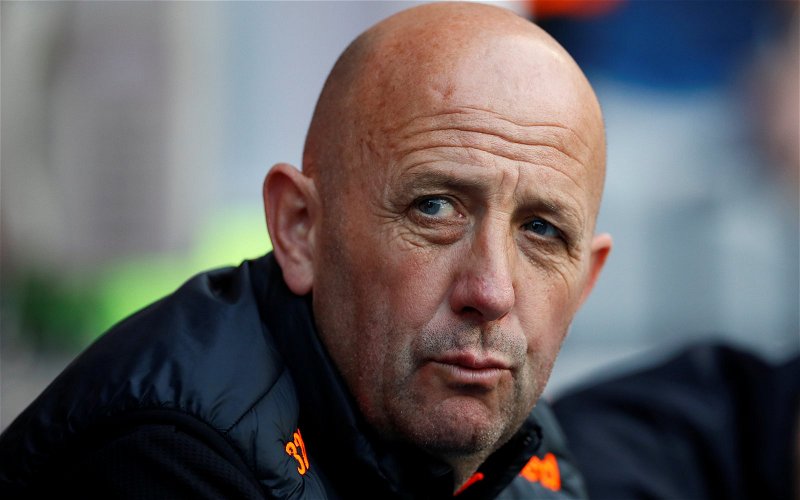 All the news from SevcoLand was bad today. So bad that Gary McAllister had a message for their fans.

Even as he was saying it, the news that Tavernier and Jack will be missing for the games against Ross County, Aberdeen, Hibs and perhaps beyond, was still reverberating around the press room.. On top of that, stories were circulating that Gerrard was trying to offload two more of his own signings, so he could fund the big January surprise which this blog predicted yesterday.

What choice do they have?

Panic has gripped that club.

If they had gotten through January without dropping points I don’t believe for one second that they’d be talking about buying a player, or even trying to. But when we went to Ibrox and won earlier in the campaign they spent £7 million on Ryan Kent, which still has people at Liverpool rolling in the aisles when they think of it.

Not for this guy any attempt to make players better.

He was the one who sanctioned the signings of Jordan Jones and Brandon Barker, and he’s written both of them off already.

His signing record is actually pretty awful when one looks at it through other than the media’s distorted lens.

There is not one footballer at Sevco who Gerrard has improved.

He doesn’t see that as his role.

When someone is not doing the job his solution is not to coach the player but to sign another one. A Sevco fan posted his list of signings the other day; 26 players have been brought to Ibrox during his tenure, 20 of them on permanent deals.

How many success stories are there? A handful if they are lucky. Guys like Grezda, Lafferty, Hastie, Polster, McAuley, Flanagan, Barker … this is just dreck. It is worth noting that their two most important players – Tavernier and Morelos – weren’t guys he brought in.

The media today reports that Brandon Barker – who was at Hibs not that long ago – is on a salary of £10,000 a week … that is mental.

If he’s on even half of that there is no way in Hell that they will shift him from the wage bill before Saturday.

But nobody is panicking, eah?

Their squad has been reduced in size already in this window, and they are gearing up to offload more footballers so Gerrard can get the chequebook out again. This is lunacy, but it’s what you expect when fear grips an institution and they see themselves in trouble and with no easy way out.

In the meantime, Celtic prepares to spend again, on top of the £5.5 million we’ve already forked out in this window.

This is the difference between the two clubs.

This is why there’ll be only one winner here, and it won’t be the side frantically scrambling this morning.