Neil Lennon Has Not Been “Found Out.” His Critics Should Calm Down. His Haters Should Stay Off The Glue.

As we move into the final week of the winter break, there is a lot of chatter on the forums and on at least one blog that Lennon is floundering, that he has been “found out.” I’m sure some of you have read this absolute swill. It is so ignorant that it makes your teeth itch.

As far as the bloggers go, I might be the best person to defend Neil Lennon from any such charges.

I was not supportive of his hiring, and I banged that drum long and loud.

I was appalled on the day he got the job. I believed we had invited disaster.

A lot of folk must have assumed I couldn’t wait to start sharpening the knife.

Yet in the course of the campaign, I have been critical of Lennon twice; after Cluj and just days later when we needed extra time to knock Dunfermline out of the League Cup. By the time the Hibs and Livingston reversals came about I had largely gotten over many of my early concerns.

We had won six in a row in the league by those matches, including winning at Ibrox. We had reached the League Cup semi-final, got through the Europa League qualifier and drawn our first group game, in France, against Rennes.

I thought he deserved the benefit of the doubt.

In the time since we lost at Livingston the record is even more impressive.

We won four in a row in the Europa League, including two wins over Lazio. We smashed Hibs in the Hampden semi-final and then secured the cup against Sevco. I am not interested in debating whether or not we should have won that game; winners get the job done and we did.

In the league we won 11 games in a row. The only reversal came at the end of that run in the final match. I am angry at how we played at Celtic Park against Sevco, but that awful performance will not make me re-evaluate the rest of it. Our form was stunning.

At its height we weren’t just beating teams, we were rolling over them.

The Lennon critics who are coming out of the woodwork need to calm down. I am not saying that it is wrong to have concerns, but it is grossly unfair to the manager to focus on a few bad displays when the form overall is exceptional.

We have ten points more than we had last season, and on the back a triumphant European group stage. We finished top. The naysayers sound an awful lot like our media critics when they try to downplay that. Our performances were brilliant.

Lennon learned a lot from the disastrous home game against Cluj in the Champions League.

I cannot believe the way some people are still trying to beat him with that result.

I know at least one of them just doesn’t like to admit that he’s made himself look like an idiot with his constant carping and slanders and now clings to every negative that he can in the hope that he’ll be able to boast about how right he was the whole time.

He might well be, but that has more to do with the broken clock theory than any insight he has.

I still have lingering doubts about Lennon, and I think if we lose the league he will need to go and the whole club will have to reboot itself, but I fully support the manager at the present time and hail the results he’s had, and the way the team was playing before tiredness set in.

His win ratio is absolutely exceptional, and offers irrefutable evidence of his talent.

When I was complaining that he shouldn’t get the job, and then moaning that he had gotten it, a lot of people – people who haven’t been reading me down through the years or don’t know me personally – said I had an agenda against Lennon.

Whatever questions I was asking about his abilities as a boss, I never harboured the slightest ill-will towards him on a personal level.

Quite the opposite. I don’t have many heroes but Neil Lennon the man is one of them.

Nobody is happier than I am with his performance thus far.

I am more than content with the way the first half of the campaign went.

The European results alone are the proof that this guy has the right approach … and whilst I’d welcome a little more tactical variation and think he should have rotated the squad more I have no issues with his results overall.

His critics need to be calm and give the man the support he deserves for his overall performance.

As one of his harshest critics, I feel qualified to make the request.

What mark would the manager get for the first half of the campaign? 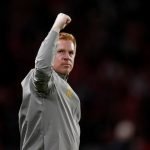 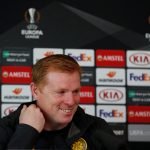 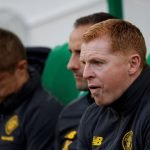 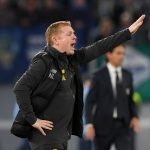