Scott Sinclair Has Been Treated Abysmally. I Am Sorry To See Him Leave Celtic Like This. 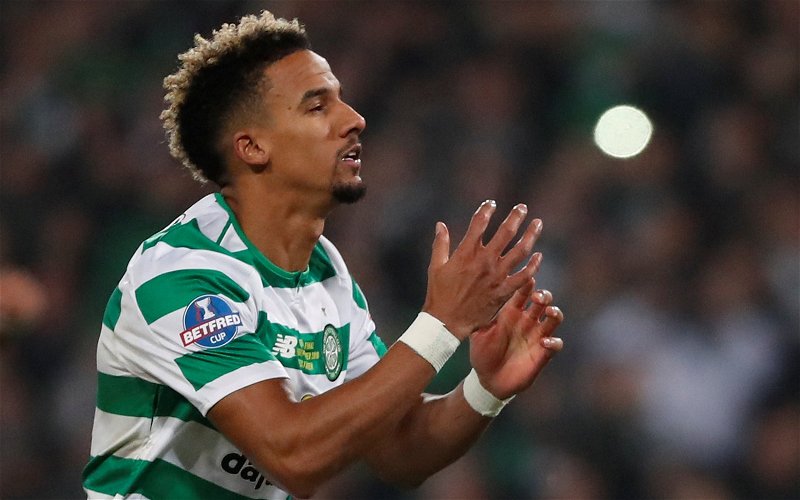 Scott Sinclair will probably leave Celtic at some point in the next week.

Indeed, he might even be gone in the next 48 hours, as he’s down in Preston right now holding talks with them about a move.

It is probably for the best that he leaves our club, at least from his own standpoint.

For the life of me though, I have no idea what we’re getting out of it.

Sinclair scored more than 60 goals for this club across three campaigns. A 20 goal a season average would be damned fine for a striker; for a winger it is extraordinary. Last season, he had a “bad” campaign. He still managed to score 17 times. Sevco paid a fortune for a wide man who won’t come close to hitting that number. The season before that he scored 18. The season before that he scored 25. He had 2 in 7 games already in this one.

It is impossible to accept the contention that Scott Sinclair did not have something to offer us, especially when this team has seen Lewis Morgan drafted into a striker position, a slot where Sinclair would have been more comfortable and deadlier.

Indeed, it is his versatility which made a good weapon, as someone who pointed out he could have challenged Forrest for the right wing position reminded me after I published the piece saying my namesake needed more competition out there.

I am baffled at this, I really am.

The manager wanted a player in for the training camp and we ain’t done it yet.

The window has been open for a week and we’re havering over who to sign and in the meantime weakening the squad instead by sending one of our best backup players – indeed, I think he’s still a viable member of the first team – off for signing talks elsewhere.

It is typical Celtic. It’s almost as if certain people at the club have just not realised what the stakes are here.

What in God’s name is this club up to?

It’s a question I ask myself often.

Scott Sinclair has been a magnificent servant to this club in the three and a bit years he has been here. In his first season he was unplayable and deservedly picked up the player of the year awards. If he stagnated it was because Rodgers’ team did the same, yet even then he produced for us time and time again with big performances and big goals … that night in Athens he could have got the whole club out of jail, and scored our hope inspiring goal.

I cannot believe how badly he’s been treated here, and especially as we extended his contract in the close season. Just to do this?

It makes not one bit of sense, none at all.

What a shabby, shocking, way to sever his connection with Celtic.