Sevconia Is Fuming Over Leckie’s Column On Morelos, But He Had It 100% Right. 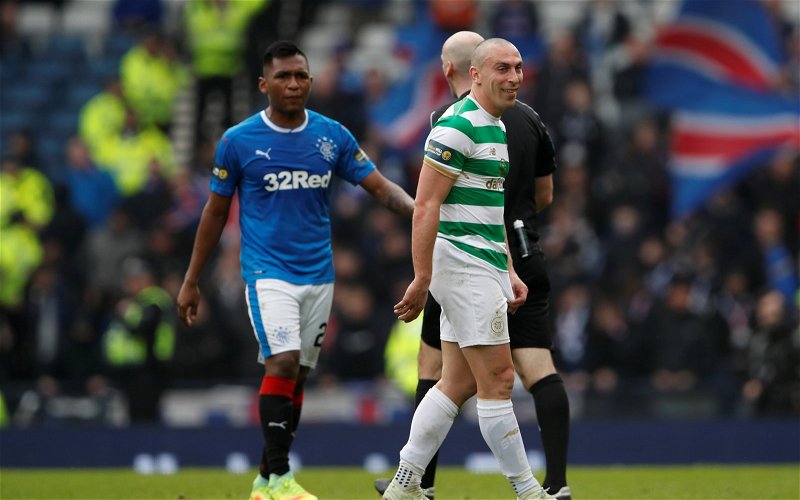 I do not rate Bill Leckie. I think he’s an abysmal writer and the clown’s clown.

But if you want some hardcore evidence of the Broken Clock theory, his article this weekend on Alfredo Morelos, Sevco’s Excitable Boy, which my old man suggested I take a look at last night, is a prime example.

You will excuse me if I don’t link to the piece. I am not sending traffic to The Sun.

Whilst virtually the whole of the media has been afraid to call Morelos what he is, the bloggers have stepped up and told it straight and true. Leckie’s piece has sparked fury across Sevconia because he is the first writer at a mainstream title to put it in plain, simple language.

Indeed, a lot of it is the language that we’ve been using here.

Morelos is slammed as “a waster.” Leckie does not miss the mark. “He dives, he cheats, he lashes out at the kind of provocation 99 per cent around him laugh off, he celebrates in front of rival team’s fans, though he knows it’ll get him in trouble. Then, when it all comes back to haunt him, he plays the victim. Or rather, he gets his manager to play it for him.”

All of this is true, all of it is accurate.

It is the stuff other hacks should have been writing, instead of pandering to those inside Ibrox pushing the narrative of Morelos as some kind of saint.

Leckie pours particular scorn on the manager, saying it’s his job to get a grip on the player and stop him behaving like such a ned, and “the fact that he would rather turn (Morelos) into a martyr does neither of them any credit.”

So apart from being one of the first pieces to have a go at Morelos himself, it also takes a shot at his manager.

Gerrard has had some free ride from our press, some of whom lap up every word that comes out of his ignorant gob.

It is about time that someone in the press called him out on his conduct. I spoke about that yesterday, and the way in which he has replaced Rodgers as the media darling … it is quite pathetic how the press fawns over people because they have a famous name.

Morelos is getting an infamous name.

I find it interesting that Leckie felt able to take such a shot at him.

If you didn’t know any better you might swear that there’s a story about Alfredo bubbling away out there, ready to erupt.

To say I can’t stand Leckie and hate his newspaper would be to understate it.

But this piece was spot on and he said what other hacks have been afraid – or are just too much like gibbering fan-boys – to say. These things needed to be said. They needed to be written. Leckie is a snivelling cretin, but even he can see the writing on the wall.