Sevco’s Transfer Rabbit Out Of The Hat Looks A Lot Like A Squirrel When You Really Look At It. 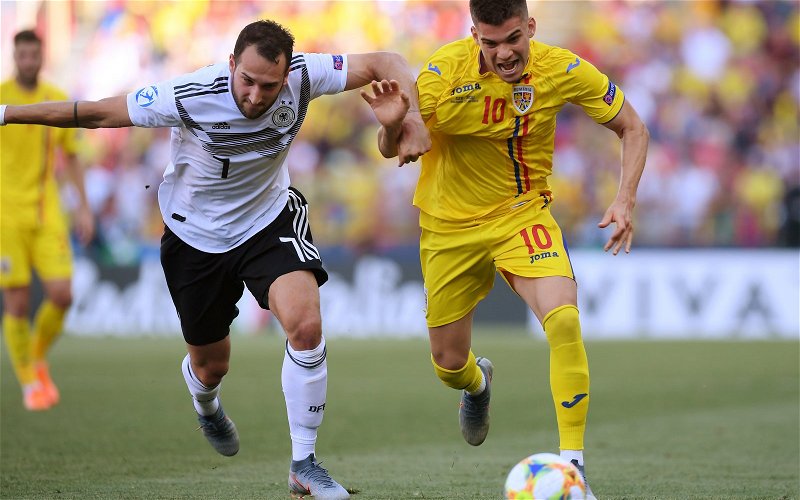 You have to give credit where it’s due, I guess. You just have to. Joel Sked is probably the worst person employed by a mainstream title who wasn’t a professional footballer first, but every now and again even he turns in something that makes you applaud like a seal waiting for a fish.

Today is the day, and I have to give him his due.

His article on how Sevco are on the brink of signing an £8 million player on loan who was once “named as one of the 50 best young footballers in the world born in 1998 by The Guardian”, is quite brilliant if by brilliant you mean completely devoid of analysis and simply looking for the best possible spin for the Ibrox club.

I said on this site just the other day that Sevco would need to pull a rabbit out of the hat to appease their supporters, didn’t I? From the moment the full time whistle went at Tynecastle, everyone at Ibrox has been spinning madly that they were looking for players all along when everyone knows that they had decided to downsize the squad.

It is true that Ianis Hagi was named in The Guardian’s “best 50 young players in Europe” piece from 2015.

It is true that Genk paid £8 million for him to bring him from Romania.

And it is true that Sevco have secured him on loan with an option to buy.

But you know what else is true? The Guardian’s “50 best” articles are hilarious, and often ridiculed by readers for the bold predictions they make about players. By the admission of their editorial team, they get more wrong than right because at that age – Hagi would have been 16 – all you have is hype.

And the hype around this kid came from his famous father.

It got the player a move to Fiorentina early in his career, but he couldn’t even crack their youth squad and they let him go to Romania, where he has played the bulk of his career football. At which club? Viitorul. The one founded by, owned by and run by … his dad.

And yes, it’s true … they did manage to get Genk to pay £8 million for him, sort of anyway. It’s one of those “the transfer could rise to £8 million” ones. And do you know when they bought him? The start of this season. And you know how many starting appearances he’s had in their team?

Less than a dozen. In the whole of the campaign so far.

Having paid that money, guess what?

They are willing to let him leave on loan and have given Sevco the option to take him off their hands for £4 million … cash which Sevco certainly won’t find; even they know this one is a joke.

Genk have looked at Haji, decided he’s not going to make it and already they’re cutting their losses.

I don’t know what inference you draw from that, but to me it’s pretty clear.

This is not a rabbit, it’s a squirrel.

It’s also worth noting that Genk have signed a midfielder on loan, which has further limited Hagi’s options at that club.

And if you’re sitting there smiling broadly it’s because you’ve twigged as to who the loanee they’ve brought in is.

It’s our own Kouassi Eboue, who the club evidently fancies more than the guy they are sending to Glasgow instead.

None of this is to say that this guy is a bad player … but this is the kind of hype that Celtic signings never get.

Time will tell how this pans out … but as usually the media is playing “accentuate the positive, eliminate the negative” with their favourite club.

So I thought I might as well present the other side of the story.