Celtic’s “Signing Policy” Is Too Often Wasteful And Stupid. We Are Not Getting Value From It. 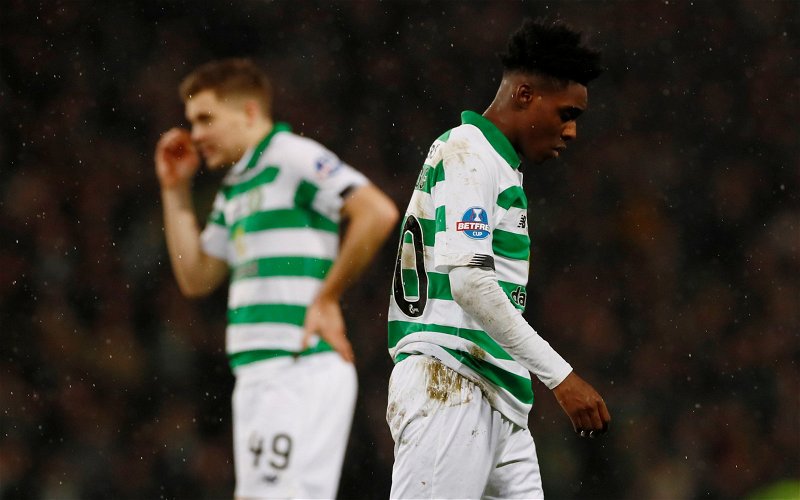 Before the January window opened, Neil Lennon was perfectly clear on what he thought our team needed to be stronger for the challenges of this year. He identified experience. He knew the key areas too; one player out wide, a defensive midfielder, an additional forward and a defender.

He got two out of four, and he didn’t get the experience either.

There are four players in the Celtic squad, right now, who have been signed for big money and are not getting games. I am not willing to write any of them off, but their presence in the squad is worrisome to me because I cannot work out who thought they should be signed.

Two of them are forwards; Bayo and Klimala. I rate Bayo, but I don’t believe Brendan Rodgers ever really did. He cost a few quid but the manager’s disdain for him was obvious. It was equally clear when it came to Maryan Shved, who Lennon doesn’t rate any more highly.

Soro is the fourth. He looks like he has something, but Lennon clearly doesn’t think he’s anywhere near being up to speed with the game here.

Neil Lennon is not a stupid man; he knows that project footballers need a settling in period.

This is why he was clear on the need for experienced reinforcements.

It’s not a surprise that he doesn’t believe either of the two players “he” allegedly signed is good enough to play in the team at the current time. This was when we all assumed we would get to see them, in a tough battle for the title, with trophies and progress in Europe on the line.

This is why you spend £5.5 million on footballers … if they aren’t good enough to make an impact then what in the Hell was the point? It means that the team wasn’t strengthened at all in the January window, it means that someone above Lennon decided that stockpiling project footballers “for the future” was the priority over the here and now.

We cannot pretend not to know who that person is.

The lack of experienced reinforcements, especially at the back, is what forces managers into taking the gamble of putting people like Simunovic in the team for huge games. It’s what forces tactical compromises. It’s what makes the job harder than it has to be.

The manager can’t be blamed for not selecting players if he doesn’t think they are ready. Those who are clamouring to see these guys – and I include myself – should be asking hard questions about why they were foisted onto the club at the present time.

I lamented this the other day; someone at Celtic Park thinks he knows better than the manager just what it is that the manager needs. It is not Nick Hammond, because he didn’t sanction the signing of Shved or Arzani, neither of whom Rodgers had ever seen and who he did not want.

It was someone who was at the club before Hammond got here, and who’s fingerprints are all over any number of deals in the past four or five years.

We all know who I’m referring to, and we all know something else; he doesn’t know nearly as much about football as he thinks he does.

His “strategy” of bringing in the players the manager does not want or need is the reason our squad is bloated in certain areas. It is the reason the manager is stuck with several players who arrived for big fees but who he simply will not put in the team.

If Lawwell reckons he understands this management game I suggest he gives it a go, but not at Celtic Park. Not only does it frustrate the real manager, but it costs us money, and in my view this guy has already cost us enough of that over the last few years.

There are a lot of managers, across the game, who work under conditions like this, bizarre conditions where they get an input but not complete control over transfer business. At a lot of those clubs the decisions are made by a close knit group of people who understand the game inside out; that’s not the case at Celtic, where too often the ultimate decision lies with the bean counter.

He wants to look at how many beans his ridiculous decisions have cost us.

It is high time that the manager told this guy to back off. Lawwell is arrogant and too convinced that he is the centre of the Celtic universe; he has never enjoyed the adulation that is heaped on those managers who outshine him.

He better start getting cosy with the idea that Lennon is more popular than him in the stands, as Rodgers was before Lennon.

Lawwell played a role – a big role – in convincing the latter man that his future lay elsewhere … he dare not put Lennon’s loyalty to the test.

Our manager loves this club; Lawwell is not the club though, and if the manager expresses the slightest hint of frustration with the CEO then all bets are off.