Clyde Was Fourteen Years Ago. Yet Some Of The Hacks Are Clinging To It Like A Life Raft. 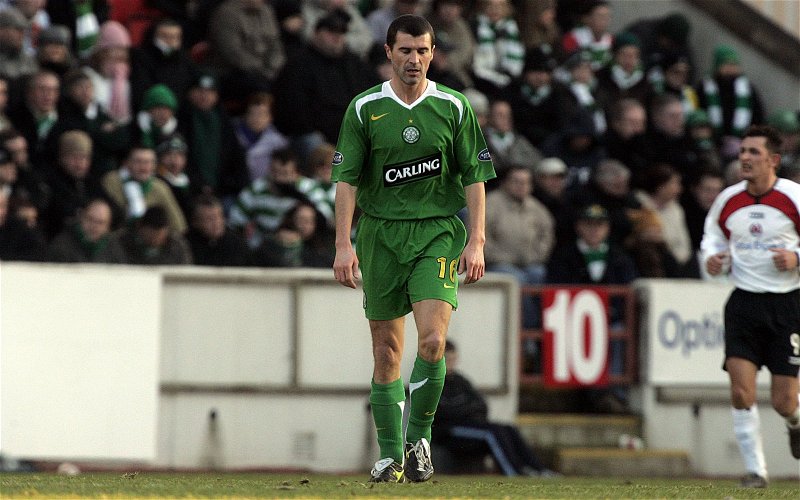 To read the reports from all across the media these last few days, you’d think that Roy Keane’s debut had been in the last couple of years, with McGregor, Forrest, Edouard, Ajer, Jullien and all in the team.

You’d think that their personnel and ours were almost identical to what they were on that ill-fated afternoon when the minnows put us out of the cup.

But the Celtic manager at the time was Gordon Strachan.

The defence had a Chinese international playing in it; he was subbed off at half time and never featured for us again.

The year was 2006. Even a Sevconian can count that. It was fourteen years ago.

I understand the media having some fun raking through the coals of Celtic defeats past. It all they’ve got these days as the best domestic cup run in Scottish football history – and what must be one of the best ever, anywhere – threatens to go on and on and on.

Buried beneath this one however is the not-so-silent prayer that lightning will strike twice.

Celtic’s cup run will end at some point. That’s something we all know. But it will not end at Broadwood tomorrow, no matter how many goats are sacrificed in The Daily Record offices to the God’s of the Underworld. Even if we field a second string team we should be able to get through it.

What people seem to forget is that it came in a double winning season.

Had we not suffered such a calamity it’s more than likely that we’d have gone on to win the treble in Strachan’s first campaign.

It was one of those afternoons when everything that could have gone wrong did.

Keane was awful for a start, and the previously mentioned Du Wei looked out of his depth even against lower league opponents. Clyde had the ball in the net twice, with both ruled offside, before they even opened the scoring. They were 2-0 up at half time. And they had missed a penalty.

We didn’t get our goal – a consolation prize from Zurawski – until there were only eight minutes of the game left. For the last stretch we had to watch as a Celtic team played public park football by hoofing long balls into the penalty area. Disgraceful.

Lennon played that day, and he must consider it amongst the most horrific matches he has ever took part in. As a manager he has presided over some cup shockers as well, but this just feels different. The team is in a different place, operating at a higher level than any Celtic side has in sixty years.

The media can cling to hope all they want, but it’s not going to matter.

Celtic will be in the next round of the cup, where Sevco already waits courtesy of a bizarre team selection from Brian Rice, wherein he started the match with six reserve players in the line-up. When forced to bring on a couple of his best players Hamilton turned the game and finished the first half on top, having equalised and been denied a stonewall penalty.

Then, inexplicably, he didn’t send his side out for the kill.

Sevco didn’t go in front until late in the game and even then Rice refused to instruct his team to get forward and chase the game.

The Hamilton fans must be furious.

The board should have hard questions for him.