Craig Whyte’s Book Will Only Be Worth Reading If It Exposes The SFA’s Complicity. 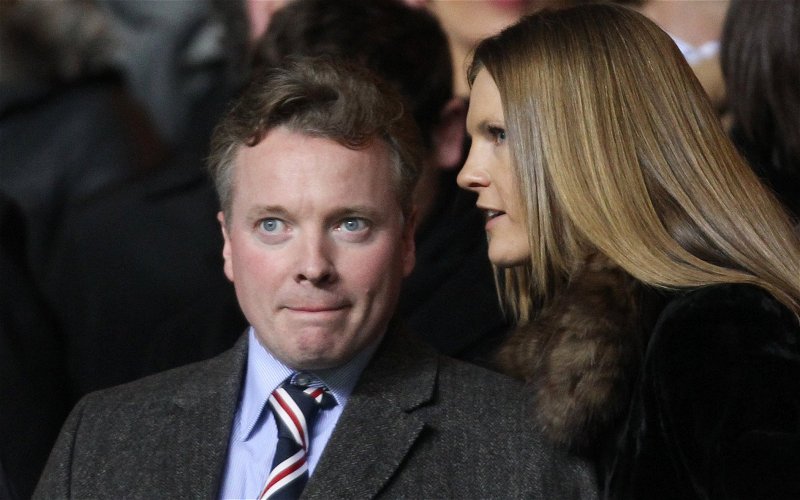 It was the great George Orwell who wrote the best thing I’ve ever read about published memoirs. “Autobiography is only to be trusted when it reveals something disgraceful,” he said in the opening line of his fabulous essay Benefit Of Clergy, on the surrealist artist Salvador Dali and his self-written account of his own life. “A man who gives a good account of himself is probably lying,” Orwell said, “since any life when viewed from the inside is simply a series of defeats.”

I always liked that, and I always thought that it was broadly true; all life ends in defeat, after all, when you think about it.

Dali’s own autobiography painted him as a degenerate, a fantasist, a lunatic, a pervert, a deviant.

Much of the book is so lurid that Orwell was sure he had invented it.

Dali was clearly a genius as a painter, but he was a nutcase and the one thing the book certainly does is reveal the disgraceful.

That’s why Orwell believed the thrust of it – what it revealed about Dali’s character – even if the details of his actions were plainly ridiculous.

“Which of them are true and which are imaginary hardly matters: the point is that this is the kind of thing that Dali would have liked to do,” Orwell said … and that’s the crux of it.

Craig Whyte publishes his own account of his time at Rangers next week.

He picked 14 February as the publication date; that’s as direct a dig as you can get.

Looking at the extracts which have made their way to the papers it’s clear that there’s not going to be much truth in the book, either of the factual kind or of the underlying sort. Even a plain text reading so far has him defending a reputation he never had and denying that he was a naughty boy whilst running the first Ibrox club.

Whyte’s book is about rebuilding his rep, but what he did at Rangers was so perfectly in keeping with his lifelong modus operandi in business that nobody can really take that seriously. He was an idiot of the first rate in who he trusted, but then there never was and never will be any honour amongst thieves, and he has long been surrounded by them.

There will doubtless be plenty of interesting stories in the book.

There are things in it that will be worth reading.

But let’s not kid ourselves here, Whyte is going to airbrush a lot of his own behaviour out of that book and slap the whitewash over what’s left.

The parts that will be most interesting will be the bits where he talks about the governing bodies and what they knew about what was going on. He certainly told them in November 2011 that the club was on the brink and he had plans along those lines.

These will be the key revelations, and it’s no wonder that they haven’t been leaked to the media yet.

Nobody is ever going to think of Whyte as a saviour of Scottish football, but there is no doubt in my mind that he could do it a great service by lifting the lid on what he knows about that time, in relation to what the SFA and the SPL knew and when. What was their role in the scam? If he told them two months before he pulled the plug that he intended to then every single person who lost money was defrauded with the connivance of those at Hampden.

We might even find out what Celtic’s role in all this is; if they are as guilty as some seem to think then they are probably sweating the publication as much as those at National Stadium.

Lawwell has been accused of using the Sky thing to deflect attention away from the rumblings against him on several different fronts.

Nobody should think that the anger over his failures in the transfer window have gone away or that those failures will be forgotten just because he has, finally, stood up for the fans … our supporters are not as gullible or easily swayed as those across town.

One of the men who has survived, somehow, amidst all the previous revelations about that period is Neil Doncaster, who some at Celtic have long seen as a useful idiot. I personally don’t know what use it is he serves, and his continued involvement in football in Scotland is an insult not only to the integrity of the sport but to every single supporter who knows he should be gone.

Those who defend him on the grounds that he is a competent enough CEO – whatever the word “competent” means when applied to him – would do well to consider Orwell’s insightful analogy about a wall in the Dali article;

“The first thing that we demand of a wall is that it shall stand up. If it stands up, it is a good wall, and the question of what purpose it serves is separable from that. And yet even the best wall in the world deserves to be pulled down if it surrounds a concentration camp.”

And to a lot of us that’s what Doncaster is; it doesn’t matter whether he can secure sponsors or whatever, he is a toxic presence in our game, a man who is still on the record as supporting the Survival Lie and all that it entails. He should have been gone years ago.

It is not inconceivable that Whyte knows enough, heard enough and saw enough during the months he was at Ibrox to drive the final wrecking ball through the pretence that Doncaster is worth keeping around. That, too, would be an excellent service to our game.

I refuse to get over-excited.

It is all too probable that this book, for all its entertainment and shock value, will be nothing other than a damp squib.

I live more in hope than expectation, you might say.

Yet for all that, 14 February will be an interesting day, and I will definitely buy the book and write a full review of it for this site, whether it’s shocking or not.

The history of these events is of vast importance to the game here.

But we do have to be careful that we don’t give credence to even more lies … if the only judge of history was the person writing it then the book would not be worth a damn.

As it is, we know who and what Whyte is … and we know that above all else he’s angry.

If he’s going to use it to settle scores then we should watch and wait for next week with great interest.