Dunning-Kruger And The Ibrox Delusion Celtic Must Be Careful To Avoid. 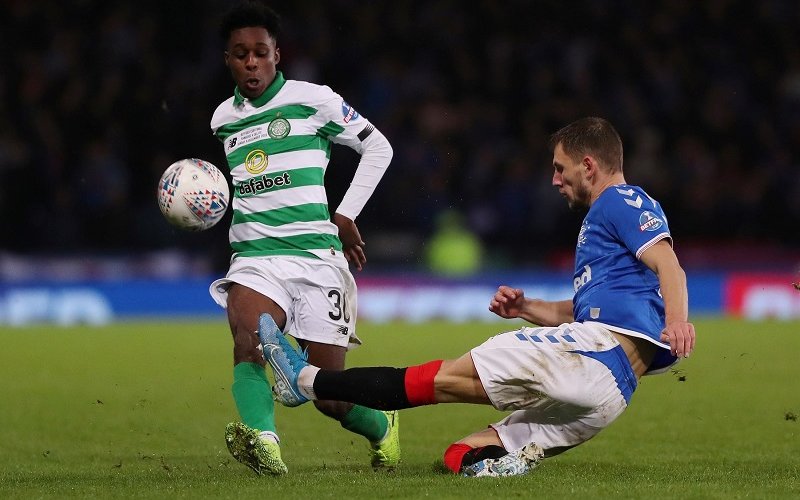 Neither are footballers but in fact psychologists, famous (at least within psychology circles) for the identification of the so-called Dunning-Kruger effect.

This is the idea that humans cannot accurately judge personal skill levels, meaning that people continually overestimate their own abilities.

These insights are central to understanding the shock that has greeted the Ibrox NewCo’s recent footballing implosion.

In football terms, this phenomenon can easily be applied to supporters, and their ability to judge their team’s relative skills.

When people simply wrongly believe that they are good at something, it does not have an immediate effect.

But when they start to try to use those skills, problems become apparent.

For instance, a footballer may think he is the fastest player on any pitch. However this worldview will soon be shown as false when he races a speedier player for the ball.

This is the cause of the disbelief the NewCo’s collapse has created for many fans and pundits.

In recent times, many people connected to Ibrox have persuaded themselves of two key things, both of them wrong.

Firstly, they wrongly assumed that they were a team with much greater skill than is being shown to be the case.

They expected to easily swat aside most other sides they played, and that Celtic would be included in this analysis.

The second – and biggest – problem relates specifically to Celtic.

They judge that Celtic are not a genuinely good team, and instead have just been lucky for years now.

But as with the racing footballer mentioned above, perception does not trump reality.

Celtic have not achieved eight titles in a row, including ten trophies without pause, just by chance.

This Celtic squad is of course not perfect, but it is a highly able group that has been shown time and again to be the best in the country.

To imagine that such unparalleled success has been achieved by fluke is not only wrong but, for the NewCo, dangerous.

Thus some people involved at Ibrox guess that overcoming Celtic will be a simple process; Dave King’s previous claims that Celtic will “collapse like a house of cards” is one such case.

They believe all elements of Celtic’s success can be easily replicated, rather than coming as the result of years of hard work.

The scouting system is a good example.

Some at the NewCo clearly imagine Celtic’s conveyor belt of highly able young players who sell for millions has been achieved by accident.

As such, the notion that just buying a few cheap young players will automatically lead to economic success seems to dominate their thinking.

Instead the reality is that Celtic’s scouting network has been built up and nurtured over many years, at a significant financial cost.

So the inability to recognise other people’s strengths as well as your own weaknesses can be a fatal combination.

But there also exists in this a warning for Celtic.

Some Celtic supporters have been equally guilty of falling victim to the Dunning-Kruger Effect.

The New Year’s defeat at Parkhead stunned many Hoops fans, even after the club had been largely outplayed in the League Cup Final only three weeks beforehand.

This was because many supporters had made similar errors to those that frequent Ibrox.

Firstly, they thought Celtic were without possible rival in Scotland, operating at a level where no other club could ever compete with them (overestimating the club’s strengths).

Secondly, they argued that the Ibrox club were genuinely a poor team, ignoring the obvious progress they have made both in Scotland and Europe this season.

This matters going forward, not just for the fans but especially the management and boardroom team.

We are, far and away, the best team in the country. A fourth consecutive treble is not beyond the realms of possibility, as is some European success.

In the short term though it’s important that we don’t fall victim to the belief that nine-in-a-row has already been achieved.

The momentum and intensity which the team has shown in recent weeks must continue.

In the long term, investment is needed to maintain this success, and also in showing European achievement.

Assuming that because we’ve been successful – and others haven’t – this will just automatically continue would be a short cut to disappointment.

Instead we need to constantly monitor our own actual abilities, not just what we would like them to be.

And the next step might be to set up the Dunning-Kruger Celtic Supporters’ Club.

Or maybe that’s more apt for fans of the Ibrox side.

Matthew Marr is a Celtic fan and blogger from Glasgow. He is a frequent contributor to the site.

Cheer yourself up today and check out our Rangers liquidation quiz … and enjoy the anniversary weekend!