The 12th episode of Season 2 of The West Wing opens with a quite wonderful exchange between the Chief of Staff Leo McGarry and President Jed Bartlett as they walk down to the Situation Room to watch a missile defence test. McGarry supports the concept, because he wants to make nuclear weapons obsolete. As another character tells him, it’s “a credible sentiment from a man who fought in a war.” Bartlett has a different take on things.

He believes that missile defence is a doomed concept and that Leo’s support for it is an act of folly.

He jokes that every time the two are called to the Situation Room for one of these tests that Leo comes in with the same confidence. “You are the Charlie Brown of missile defence,” he tells his lifelong friend and closest confidante, “and the Pentagon is Lucy.”

McGarry doesn’t understand the reference at all. Bartlett explains it; 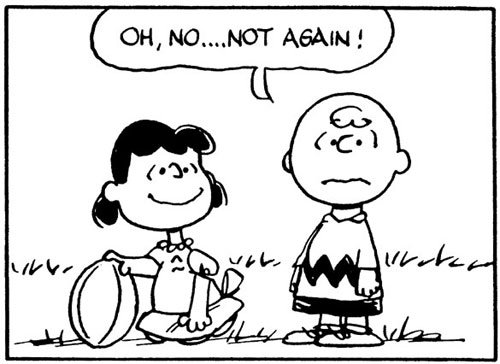 I think about that a lot these days when I see Sevco getting all excited.

Last week, although they were wholly unconvincing against Hibs, needing a late goal to secure three points, we heard how the corner had been turned, how they were once again marching towards the title challenge, how they were still “on their way to 55.”

Tonight, Kilmarnock have effectively ended the 2019-20 title challenge, and Sevco’s season comes down to a game against Hearts. Gerrard is facing a denouement that would have made Charlie Brown himself go off and hide under the bed for a long, long time.

What a disaster he presides over. An expensive disaster. No wonder their club wants to obsess over fluff and pick fights with the rest of the world; anything to distract from the absolute shambles out on the pitch. Every team in the league has their measure now. Even Celtic has adapted its style based on playing them, and our new formation is working to perfection … I’ll do a full piece on our own brilliant display tonight, especially in that second half, later on.

But Sevco is a club in dire straits, and their fans would be able to see this better if they weren’t so utterly deluded, if it wasn’t so easy to trick them into thinking the winds have shifted and the planets re-aligned and that they were on the cusp of a new era.

There is no new era at Ibrox, it’s as simple as that. This Celtic team is too tuned to the frequency of success, we just keep on winning, we just keep on doing the business. They cannot keep up; indeed, their team looks dead on its feet and even the inclusion of the “£100 million player” tonight – Hagi, in case you forgot his name – didn’t help them.

Indeed, if the reports are right he was hooked this evening having contributed nothing.

It must have been all the more galling for their fans tonight that Celtic so easily stormed to a victory over a team who gave them a right game – and beat them – not that long ago. They are in a bad, bad place tonight … but they wouldn’t be in such turmoil and such agony if they didn’t believe their own hype, their own nonsense, their own delusions.

We keep on telling them that they aren’t as good as they think they are … and they keep on choosing to believe otherwise. They are the Charlie Brown’s of the SPL and their team is Lucy; making big claims and promises and then letting them down. And they run jovially up to the ball, and at the last minute end up flat on their arses, looking at the sky.

Leo’s missile test ends the way Sevco’s night, and probably their league campaign, did; in disaster. The system’s missile misses its target by what Leo thinks, at first, was 137 feet. It turns out that it actually missed by 137 miles. Bartlett can hardly hold back his grin.

I couldn’t have put it better myself. 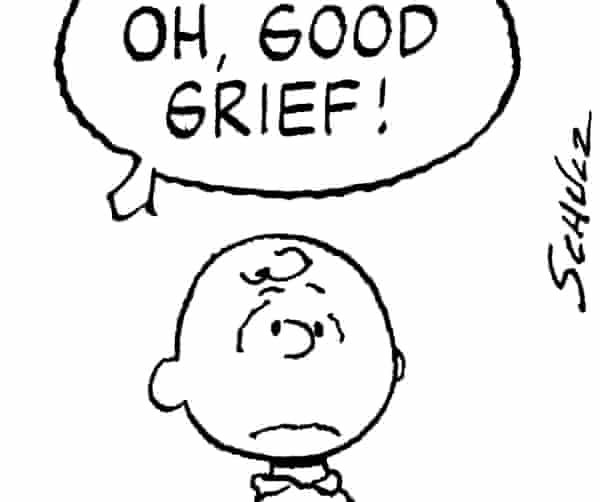