Keith Jackson May Believe His Own Spin, But Celtic Fans And Others Have Long Memories. 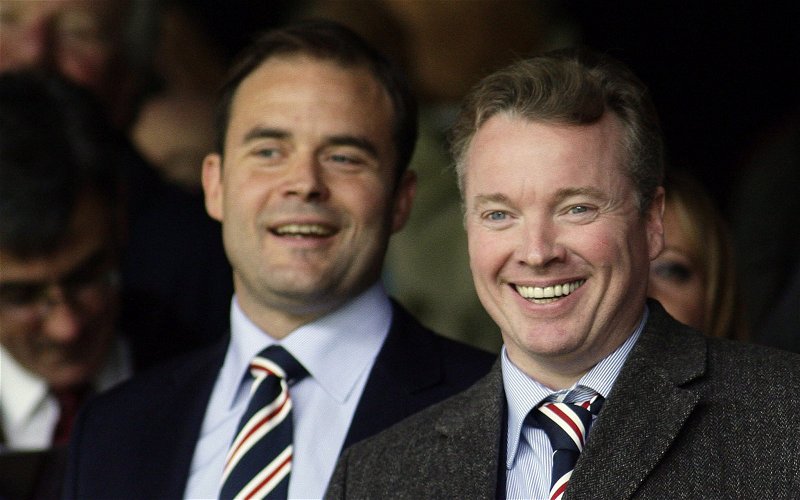 What a self-serving piece of absolute garbage from Keith Jackson in The Daily Record today.

It was enough to make even a hardened media watcher like me want to reach for the upchuck bucket.

Talk about re-writing history. Talk about slapping on the whitewash. This was an attempt to do both, and a pretty poor one at that.

I never cease to be amazed by how brazen some members of our press corps are, and also how gutless. Jackson’s piece was not exactly a profile in courage. In it he admits to having written PR lie and to have been forced to apologise for writing what he knew to be facts.

Jackson, like others. claims a number of “exclusives” from the Whyte era, but in fact nearly everything that the mainstream press “discovered” about Whyte – and some stuff they never explored – was found, first, by bloggers. What really inspired me to get into this game full time was the work that was done on the Rangers Tax Case site, by a bunch of intrepid individuals who would go on to have an instrumental role in setting up the Scottish Football Monitor.

Now, the Rangers Tax Case blogger won the awards and got the acclaim; there is no doubt that he had this by the scruff of the neck. His knowledge of what the Ibrox club was accused of was required reading. Phil Mac Giolla Bhain was instrumental in charting the downfall of the Ibrox regime under Whyte in almost real time. But the guys who went on to be the guiding hands of the Scottish Football Monitor site dug for the dirt, and they were brilliant.

Kudos too to other sites; it was a Celtic fan forum which broke the story which Keith Jackson claims as his own; the story of the Ticketus deal. Indeed, that tale was buzzing all round Celtic cyberspace from the minute Whyte took over at Ibrox. So too another fact which wasn’t publicly revealed until Whyte’s court-case but which many of us knew in 2012; that it was David Murray himself who had acted as the link man between Whyte and the company.

There was only one major revelation which was broken first by a mainstream journalist and not a blogger, and even in that case I believe the Rangers Tax Case writer was helping the BBC with where to look; it was Mark Daly’s revelation that Craig Whyte had served a directorship ban.

He also brought an individual called Kevin Sykes screaming into the light for the first time. He was one of Whyte’s old business partners and when speaking to the BBC he laid out the precise path the Rangers chairman would later follow. It was another story the Record wrote after the fact.

Jackson’s piece basically opens with calling Whyte a liar, but it’s curious to do that in an article where the writer freely admits that some of his claims are broadly true. Jackson must be hoping that amidst all the invective we won’t notice that.

“Whyte will make repeated references to the conduct of two ex-employees in particular, former Daily Record editor Bruce Waddell and one-time head of sport James Traynor,” he says. And if you are expecting a rousing defence of either man – which is what the early part of the piece suggests – you are going to have to read a whole different article.

“The individuals named in the book no longer work for the Daily Record – Waddell left in December 2011 and Traynor one year later – and we’ll leave it to them to address Whyte’s claims,” Jackson writes. And then a confession, although it isn’t framed as one. “As (Whyte) admits himself, any influence he might have had disappeared following their departure.”

So let’s see if we’ve got this right; half Whyte’s influence over the paper disappeared when the club was only two months out from entering administration and the other half when there was no Rangers left anymore and the bit parts of it had been re-assembled by Charles Green? How lucky the Ibrox fans were to have such a sterling publication on their side!

What Jackson is actually saying, although working hard not to appear as if he is, is that in terms of his influence over the paper, Whyte told the literal truth.

The editor and the chief sports writer were basically in his pocket.

“But while the obvious temptation is to dismiss Whyte’s ramblings as the words of a crank, some of these claims are simply too serious to be brushed away,” he says later. “For example, he will allude to an unhealthy relationship between Waddell and Sir David Murray.”

Ready for the denouement? Sorry, but again he confirms Whyte’s version. “That one’s for Waddell’s conscience.”

Once again, he’s basically saying that Craig Whyte will be telling the truth when he talks about that particular special relationship.

Jackson then throws Waddell under the bus and blames him for his own colossal mistake in putting his name to what was basically a PR piece calling Whyte a “billionaire with wealth off the radar”, which is something it took me less than an hour to discover was arrant nonsense, and all I did was go through The Sunday Times annually published Rich List.

That particular year, it covered everyone right down to those with wealth in the £20 million zone … Whyte was nowhere on it. I knew then that this guy was a bust.

I guess the idea of doing even a modicum of research before putting his dire work all over the front and back pages never dawned on him. And he has the cheek to claim that the work of the paper is unimpeachable. That gave me my biggest laugh of the month so far.

The most curious admission Jackson makes is when he confesses that he was forced – by Traynor no less – to submit a grovelling apology to Whyte for the initial article they ran on Ticketus, which, as I’ve said, the bare bones of which had been circulating on Celtic forums for weeks. Again, this serves to confirm Whyte’s version of events instead of refuting it.

The real truth, as Jackson knows full well, and as we all remember clearly, is that The Record and the other mainstream titles were beaten to line by the bloggers time and time again during Whyte’s crazy year in charge of the club. The media turned – eventually – but only when the truth could no longer be denied, and it was the BBC documentary as much as anything else which focussed minds in the news rooms by confirming everything the blogs had said.

“It soon became apparent that Whyte was not remotely what we had believed him to be,” Jackson says, as if anybody who had been on the Celtic sites could have been in the slightest doubt as to who and what Craig Whyte really was.

I remember pictures of his British Virgin Islands “headquarters” being published on a blog whilst the deal was still being hammered out; that picture would later appear as an “exclusive” in The Sunday Mail when Whyte was already doing incalculable damage inside the walls.

It was a portacabin in a field of cows.

All this had been out there, waiting to be found, from the start.

But one of two things happened at that point; either Jackson and his colleagues tried to write on that stuff and were stopped from doing so by their bosses, under orders from Whyte, or they simply dismissed it all as wishing thinking from Celtic supporters and others.

Either way, he doesn’t get to lecture us on anything.

In the piece he calls us “Sevcopaths” … I think it’s too neat for Jackson, and wonder who fed him the line. But even in the insult there’s a reminder that he and his paper are the ones who have been pushing a lie for the past eight years and that we, who won’t refer to the Ibrox club by the name Rangers, are the ones who are dealing in facts.

“The Daily Record has been named newspaper of the year four times in the past five years at the Scottish Press Awards. It is written and produced by some of the best journalists in the country. No one is in any position to question the quality and integrity of our journalism.”

I’ve always said that winning awards at a gathering of the Scottish press corps is a little bit like a community of homeless drunks living under a railway bridge having an annual competition about who lives in the swankiest cardboard box. Nobody outside of this incestuous little country cares.

The idea that “real journalism” is being done at The Record is laughable.

I do believe that some of “the best journalists in the country” are working at that paper; that’s part of the problem, and proof that the real cream heads for London or, basically, anywhere that the rabble of the Scottish Labour Party isn’t pulling one string with whoever’s camped out in Ibrox holding the other.

Scottish journalism is in dire straits … if it wasn’t you wouldn’t find Kris Boyd or any of that ilk anywhere near a newsroom, and Jackson wouldn’t be either.