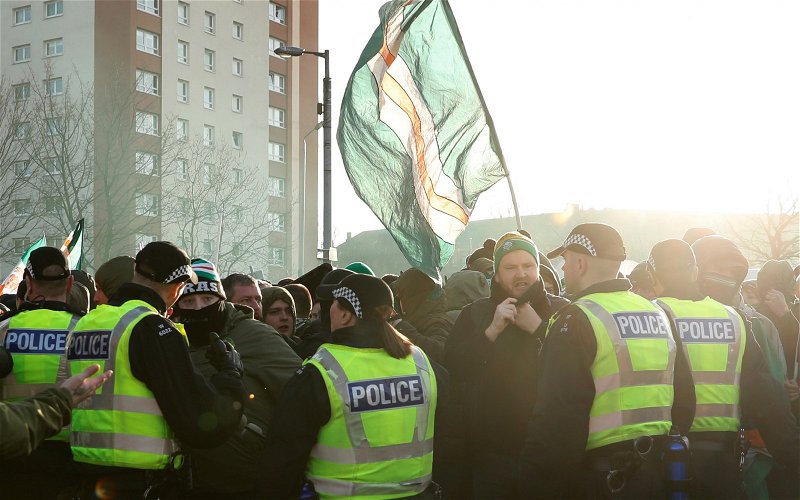 It seems you can’t open the sports section of any newspaper, or tune into the sports headlines at night these days without some sensational thing hitting you right between the eyes.

And, none more so than when it involves Alfredo Morelos, who seems to have a bigger storm brewing around him than Ciara and Dennis combined.

Since our meeting with them on 29 December, one of the biggest controversies has been in relation to behaviour displayed at the game.

You would be right to assume Morelos’ and the now infamous gesture as he left the park was the focus of this conversation considering how utterly diabolical it was; so diabolical in fact that fellow Columbian’s publically spoke out against his behaviour, with one newspaper there saying it had “blighted his reputation.”

But in that case, of course, public assurances were given that the gesture is “commonly used throughout South America to indicate that something – in this case, the match – is finished” and therefore that discussion was folded up and nicely put to bed.

We then went through the Morelos car incident, spun to make it sound as bad as possible, and then through the truth … and now we’re back to the game again and the behaviour under scrutiny is not that of a grown-man with a bigger petted lip than Jocelyn Wildenstein, but of a 12 year old boy who was, this week, charged with racism.

Let’s get this straight right from the off; racism should be eradicated, wherever and whenever possible.

It is a stain on our society, something we could do without, and which the majority of people would happily point out at every opportunity.

Regardless of age, gender, race or religion, racism is taught and that’s where prevention and education has to begin, inside the homes where it is allowed to breed and grow, like a cancer.

But, for me, my outrage over this doesn’t come from the fact it’s been identified and is being tackled.

The outrage comes in the abhorrent way in which it’s been communicated and publicised and by none more so than Police Scotland themselves.

Following the charge, a lengthy 3 paragraph statement was put out into the public domain in which the superintendent himself spoke out directly.

Fast forward twenty-four hours and Police Scotland, the same organisation who saw fit to speak out against such criminality, published another public statement.

This time the focus was on the recent fire which was started at Wallacewell Primary School; if you don’t recall a fire was started deliberately in the outdoor classroom which left the acting head teacher “devastated” and the school itself a “devastated Wallacewell family.”

This was no accident. This was arson which did irreversible damage and could have seriously injured people.

Police Scotland’s story on that was a 3-line sentence which read; Three 14-year-old boys have been charged for being allegedly involved in the recent fire at Wallacewell Primary School.

Spot the difference. 3 paragraphs vs 3 lines.

Charged for being allegedly involved vs charged and reported.

Some suspect – and it’s hard to argue with them – that the length of the first statement, and the tone of it, were more to do with appeasing a certain football club and their baying mob of supporters, than with reporting facts. At the very least, the arrest was milked for maximum publicity … and when you consider the age of the suspect that’s just plain wrong.

Does a 12-year-old really deserve this sort of treatment?

What kind of society are we in where a child doesn’t even get the presumption of innocence?

Or does it not matter when it’s a Celtic fan?

The superintendent is right. Abuse in any form is completely unacceptable.

CeeFCee is a female Celtic fan from Glasgow. She has chosen to write under a pseudonym. This is her first article for The CelticBlog.