Andy Gray Reminds Us What He Is With His Ridiculous “Too Close To Call” Title Verdict. 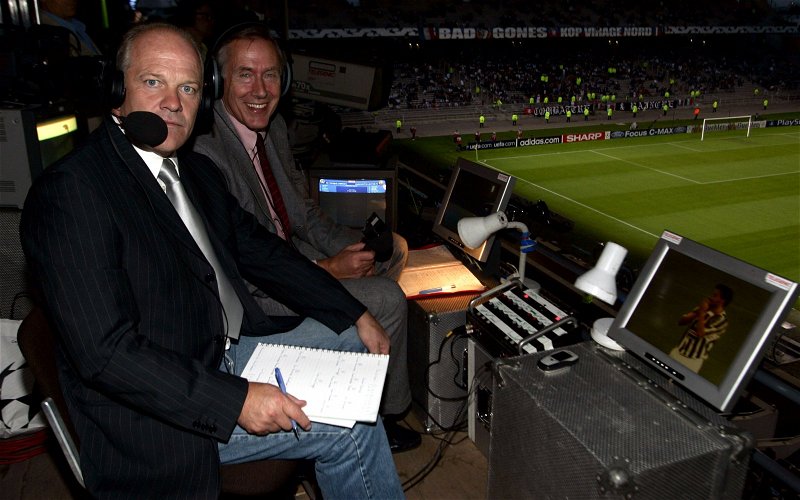 Andy Gray. A name synonymous with sleaze. With scandal. With disgrace.

He earned his stripes on our televisions as a tactical analyst, and he was good. But he has never been my favourite person, coming across as a slippery, shady chancer who enjoyed the Bigots Beano at Ibrox a little bit too much. He’s not the only one. It doesn’t make it right.

Gray is what I call an “uber”. A full-throated follower of the Ibrox cult, totally swept up in the morass that surrounds it. He’s as unapologetic about it as he is about his many other character defects, no doubt believing that he has no defects at all.

It was no surprise to see him in the papers this week talking the most stupid garbage about the title race here in Scotland. The media keeps on doing this, dragging the backward and ignorant people into the light, people absolutely incapable of impartiality.

Gray thinks the league race in Scotland is “too close to call.” A thirteen point lead for Celtic with eight games left to go for us. Win half of them and it’s as good as over. Win any of the two remaining against Sevco and it is lights out.

If this is “too close to call” then it must be in the same category as that General Election we just had, where the Tories were miles ahead in the polls every single day. The landslide only surprised those who allowed themselves to believe in fairytales and magic beans.

It would take more than those things for Sevco to take this title off us. If we ended the season and they had three matches still to play I don’t think they could get the job done. We’re going to win this and everyone knows that we are.

Does Gray believe the nonsense he was talking? Some of the ubers actually do. I’ve been reading a lot of them gibbering on about it, as if all they had to do was show up to their game in hand, collect three points, go on to beat Celtic twice and then “the gap is four points.” Ridiculous. Pure pie in the sky. But they’re so used to this stuff now they believe it all.

It’s offensive to me though that the media keeps wheeling out these Peepul, trying to stir the pot, trying to make it look as if the idea of us being given the title which we have earned on the pitch is somehow an affront to justice.

We have nothing to fear from these yahoos.