Celtic Fans Celebrate On A Night When A Draw Is Enough To Get The Job Done. 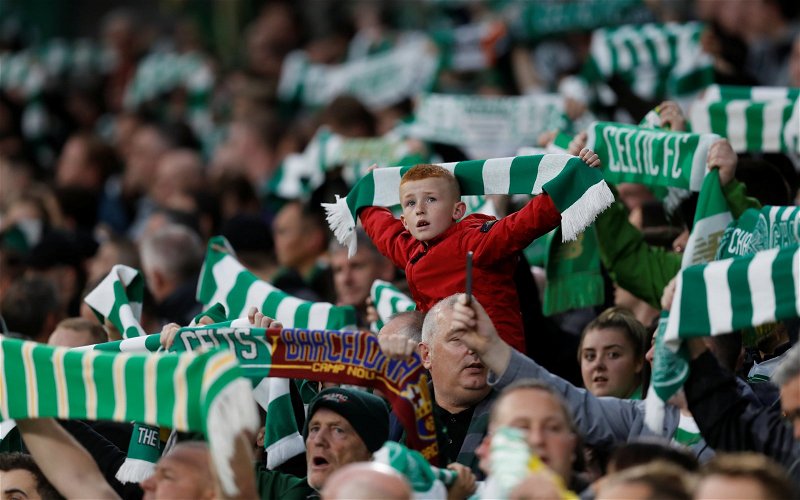 I’m not happy with that tonight. We were weak up front tonight and we gave away two ridiculous goals at the back.

I am not happy with either that performance or that result.

But you know what? They put eleven men behind the ball for much of the night.

It is not football as we know it, but it works and we should be better at breaking it down.

Other clubs are going to do this to us. They are going to sit back and hit us on the break. Putting the whole team in the box and hanging on is dreadful to watch. But for Livingston it has built one of the best home records in the league.

But I’m not in the business of praising that time of anti-football. Indeed, those who will give Livingston credit tonight do the game a profound disservice. They got what they deserved tonight when we scored, having made no effort to venture up the pitch after scoring their early second half goal.

Indeed, our keeper was troubled even less than theirs was.

The irony, of course, is that a point is enough.

It’s more than enough, considering it has extended our lead at the top of the table.

For us to lose the title from this position would take us losing almost half of the games we have left; four out of nine lost and for Sevco to go on the unlikeliest winning run of all time.

We weren’t good enough tonight. We didn’t have to be.

It’s clear that I’m going to be writing about Gerrard tomorrow; of course I am.

His preening, arrogant press conference of yesterday has already been the subject of a piece … what to say about it tonight? He’s lost the players; it couldn’t be more clear. How he gets them back is anyone’s guess, but the really significant thing he’s said is that he won’t resign.

A third rate manager on a massive, and expensive, four-year deal? You’re damned tooting he won’t resign. The trouble for Sevco is that they don’t have the money to get rid of him. He is stuck with them and they are stuck with him, and from our point of view that’s just perfect.

So as frustrated as I am tonight that we’ve failed to finish the job, I’m also kind of satisfied that we’re another step closer to the nine. As I fully expected both ourselves and the Ibrox NewCo to win tonight the extra point is a bonus … our team looks like it needs a shake at the moment. Perhaps that dire display against Copenhagen has shaken the confidence a little; we didn’t look at our flowing best against St Johnstone and we were far from it here.

But this is a better night that it ought to have been.

We’ve taken another huge step towards the title, and we will be buoyed by that late goal.

As buoyed as Sevco will be sick.

Our club extends our lead.

The dark clouds over Ibrox are now threatening more than rain.

In the end, you know what? What’s not to like?