McCall Reveals How Desperate Our Enemies Are To Deprive Us Of Our SPL Title. 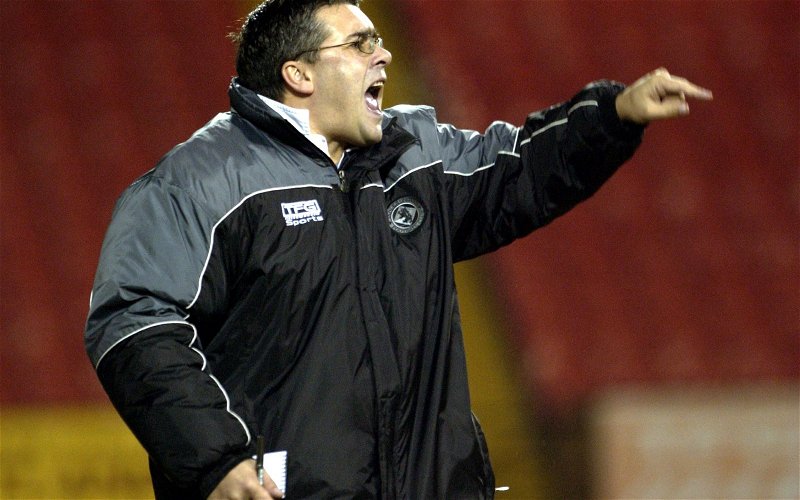 Today, Ian McCall opened the latest front in the ludicrous, and increasingly desperate, war to stop Celtic being awarded the title in the event that the league campaign ends up null and void. It might be the worst intervention yet, because it shows that there really is no internal logic to the positions these people hold.

It is all about preventing nine in a row.

In this game, you eventually get to a place where you truly think you’ve seen and heard it all.

This is one of those days. I’ve heard all sorts of daft scenarios espoused which deny us the title, some from people inside Ibrox but mostly just from their assorted hangers-on and peripheral eejits. But the suggestion today that “three out of four” of the teams atop the Scottish leagues at the moment would “accept promotion but don’t care about titles” is a new low.

The arguments these Peepul are putting forward – in the name of sporting integrity, no less, and please, try not to laugh – are pathetic if we’re being generous.

We’ve had “void the league but give us the money.”

We’ve had “void the league but give us the European places.”

We’ve had “void the league and use last season’s rankings.”

Now we have “void the league, but give us the money, give European places out and promote teams anyway.”

But no relegation … which works for his team, and no titles awarded, even to teams promoted as “champions.”

Yesterday someone suggested we get the title but can’t count it towards ten in a row.

These Peepul are making it up as they go along, and it’s getting ridiculous.

Listen, I don’t care how many times I have to write this. I’ll keep on doing it until a verdict is rendered here and the destination of the title is decided. The regulations are perfectly clear in that the SPFL board has the discretion to end a season early in exceptional circumstances.

I think a global pandemic that has us confined to our homes for a month and probably longer would qualify as an exceptional circumstance justifying that action.

And in the event that the league is ended early the regulations are also pretty explicit on what the outcomes of that should be.

Prize money is allocated on the basis of finishing positions, European places are conveyed to UEFA as per the constitution of that august body in Nyon … and the team at the top of the SPFL structure are awarded the title “Champions of Scotland” and all that goes with it.

We’ve had 30 games. It is more than enough time for teams to be given their prizes on merit and those who didn’t come up to snuff to fully deserve their fates. It is fair, because it’s in the rulebook. It is right and it is just because you can’t just pretend those games never happened just because your own team was pish in them.

This is what sporting integrity looks like … the merit system, not some half-assed fudge or cop out where the losers can throw the Monopoly board on the table and call it a draw.

That’s not how it works, except in kindergarten.
–
Based on his comments today, you wonder why the teachers ever let Ian McCall graduate from there.