Joey Barton Continues To Be The Clowns Clown With His Celtic “Allegiance” Declaration. 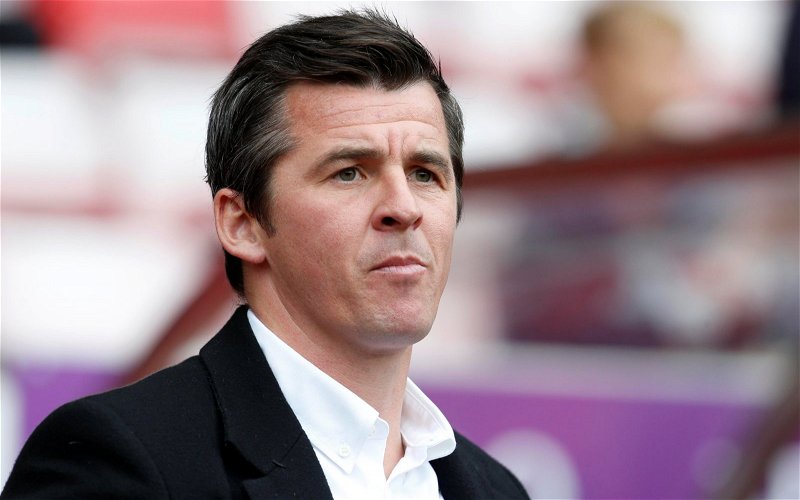 I was going to write about Joey Barton anyway, and his daft comments about Scott Brown the other day, wherein he appeared to accuse our captain of lacking the guts or ambition to try himself at a higher level than Scotland.

It was an idiotic statement.

Scott Brown could have played anywhere.

He never had to prove himself, and he never will. His haul of trophies makes him easily the most influential footballer this country has produced in the last 20 years. He has been a magnificent Celtic captain and ambassador and role model for his country as well as his club.

On and off the park, he has been outstanding.

Barton has always thought of himself as an elite player; we know though that Brown thoroughly owned him in the one game they shared the pitch.

It was such an awesome display, and such total dominance, that the English ned never got over it.

Barton was a thug and a ned. His managerial career ended in disgrace after he attacked a rival boss. What we should feel for Joey Barton is contempt; nothing more.

Scottish football was too quick for Barton. Yet he believes he has some superiority over the game here because he played in the feted EPL. Other players from that league have come here, succeeded, and are not nearly so cocky.

He thinks because he’s read a few books he’s a cut above other footballers as well; I find him to be a bore, a tiresome attention seeker. His latest piece of idiocy is to reaffirm an allegiance to Celtic in spite of his brief spell of disgrace at Ibrox.

Barton has no allegiance but to Joey Barton.

He wasn’t even a Sevco player before he was embracing the WATP sentiment like a native of Larkhall.

He appears not to understand how this thing works; you cannot pledge to that and then claim an allegiance to the Celtic Way.

The two do not go, and if he thinks there’s some bridge between them he’s not even as intelligent as I think he is far less how smart he sees himself in his own mind.