Lennon Slaps Back At The Critics As He Reiterates Celtic’s Desire To Finish This Campaign On The Pitch If It’s Possible. 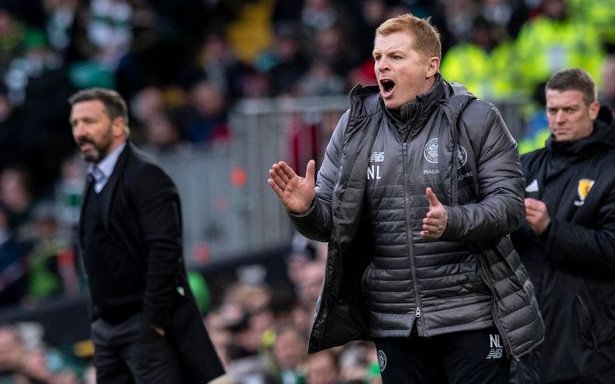 Yesterday Lennon slapped back at those who claim – falsely – that Celtic wants the season to finish early.

It is the second time he’s done this and the third time that the club itself has put that on the table.

This seems to confuse a lot of the hacks, or they pretend that it does.

In point of fact, it’s as simple and straightforward as you could hope to get.

Celtic knows that the season is up. We accept the truth of that, although it does not suit us and it is not what we want. In a perfect world we’d be able to resume football and life would return to normal. We’re so far from that I can’t even see the end in sight.

We might not see football being played in this country before the end of the year.

We acknowledge that this campaign is over, and that we will not be able to celebrate nine in a row in the manner we would like. We probably had huge plans for this. Open top buses, a big strip launch, a marketing campaign ready to go … it’s all in ashes.

Flag day would have been memorable. We’ve given up so many things we took for granted.

Celtic wanted this title won on the pitch. If there’s the slimmest possibility of getting the campaign completed, then we will want to find it. Everyone at our club who has gone on the record over this has said exactly the same thing, but the media narrative about it has been shamefully dishonest.

Talk of “tainted titles” and asterisks is disgraceful.

It is using a pandemic to attack our legitimacy as champions.

A final decision on this is yet to be made. UEFA and the SFA are dancing around it. I’ll do a piece on that later on, but our club is prepared to wait because we know there’s no case whatsoever for voiding the season and nobody will allow that.

The media and others will play their little games. Let them.

When asked, Celtic’s answer has always been clear. If games can be played we’ll play them, win them, and be confirmed as rulers of Scottish football’s roost. If they can’t be then the campaign should end as is … and we want our title.