The Head Of UEFA Has Sounded The Death Bell For The “Void The Season” Hopefuls. 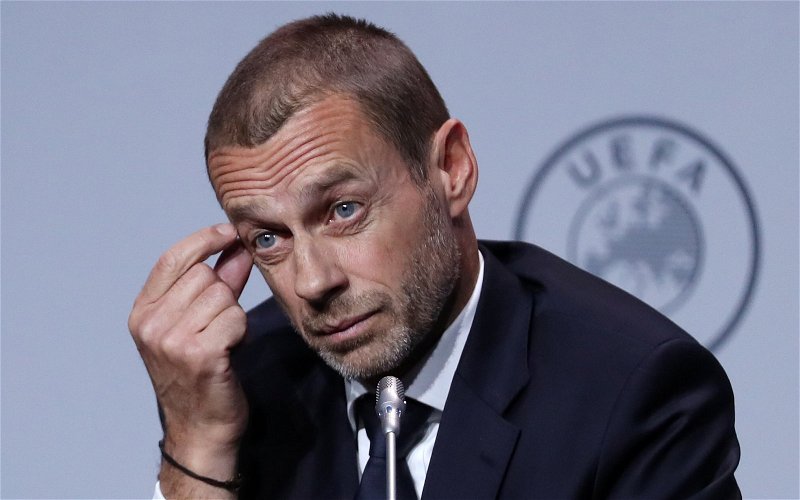 The Peepul suffered a major blow to their campaign against our nine in a row earlier in the week when Celtic declared that our preferred position is to complete the SPFL season.

It was not what they had expected.

They thought Lennon’s words on it – that we should get the title in the event the campaign ended prematurely – would be the only official statement.

We blindsided them by supporting the completion of the fixtures, although everyone knows that it is a wildly unrealistic position.

In moving into the same slot as Hearts and Sevco and a couple of others we’ve put the onus on them to tell us what the position should be if the campaign is not completed.

We know they would prefer to void it, but that’s not on the table.

Let’s put it bluntly; these Peepul have been routed and then know it.

They had no valid argument, only, in the case of Sevco, a spiteful desire to see us robbed of what they couldn’t take from us on the park and, in the case of Hearts, a last opportunity to escape their fate after a disastrous league campaign.

They could not put forward one coherent reason why the campaign should be voided. Everyone knows the consequences if it is.

The last hope they had, the one they pinned it all on, was UEFA. This was a perverse belief. T

here was no way UEFA would support the voiding of leagues all across the continent, and the choosing of qualifying teams based on some arbitrary nonsense.

Associations must nominate winners. That’s the way the system works.

Now Alexander Ceferin, the top man at UEFA, has finally slammed the door on them once and for all.

He has previously come out against voiding seasons, and last night told STV that UEFA will not stand in the way of leagues declaring champions … as long as they let the European body know they are doing so beforehand. Belgium didn’t.

The SPFL will meet tomorrow. If they clear it with UEFA first, there is a very good chance that we’re going to be awarded our title by the end of the week.

This is the end for the “void the season” mob.

All they have now is talk of asterisks and nonsense like that.

It is absolutely pitiful to be reaching for something like this, for blatantly exploiting death and sickness for their own ends.